Mikey is dangerous in Tokyo Revengers on his own, and even more so when he's angry. However, when things cross the line and push him to his limits, he shuts down, and that's when he's at his most dangerous. Operating purely on pain and his grief, he copes with his emotions through violence.

When Mikey is like this, nobody can stop him. Kazutora took his brother away from him and now, in Episode 21, he has taken someone else close to him -- what can anyone do to stop Mikey from seeking revenge? 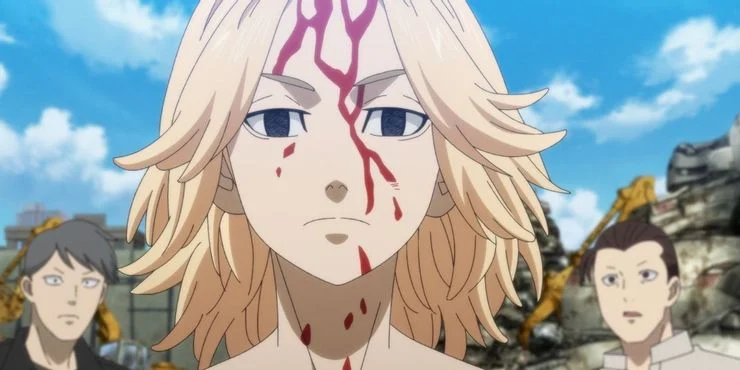 Episode 21 picks up with Baji unmoving on the ground, blood pooling around his abdomen where he was stabbed. Everyone around him seems to be frozen with horror except Kisaki, who provokes Mikey, remarking aloud that Kazutora must have lured Baji into Valhalla to kill him.

Mikey's voice is quiet and frighteningly flat as he confesses that he thought about killing Kazutora as soon as he got out of juvie. It was only because of Baji that he didn't. Mikey walks toward Kazutora as he speaks, saying that Baji told him that Kazutora had never meant to kill his brother and he had only wanted to make Mikey happy. To deal with his guilt, Kazutora made Mikey his enemy. Mikey looks different. His eyes are completely blank as if he's doing everything he can to suppress all the fury and hatred building inside him.

Kazutora doesn't deal with guilt well. When he killed Shinichiro, he blamed Mikey, but now that Baji is dead, he has no one to blame but himself. He was manipulated by Hanma into killing Baji because he was tricked into believing that Baji had betrayed him, even though Baji was the only one to stay by his side. Kazutora provokes Mikey into killing him as a way to atone for what he has done, making no move to defend himself or fight back as Mikey sits on top of him, punching his face. If Mikey kills him, it's like killing two birds with one stone -- Kazutora will finally feel like he has paid for killing Shinichiro and Baji. 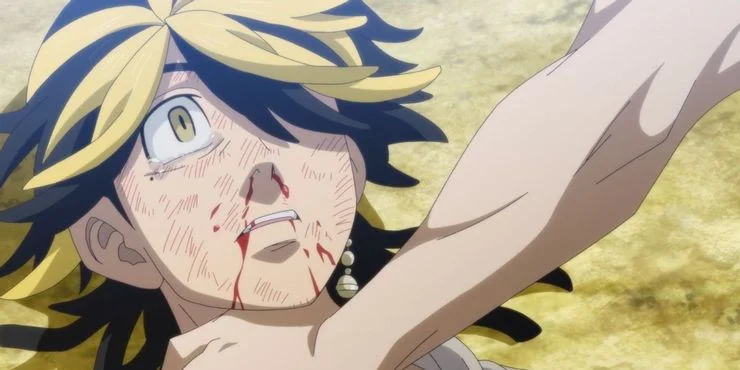 Baji coughs up blood and staggers to his feet despite Chifuyu's protests. He grins at Mikey, thanking him for getting mad at him. Baji assures Kazutora that he won't be responsible for his death, then whips out a knife and stabs himself in the stomach.

Left on its own without any intention of healing, trauma can become an endless cycle. Each party will continue hurting the other until one or both of them die. Baji understood this and knew that something needed to be done -- otherwise, he was going to lose two of his best friends. Suicide is not the right answer, but he believed this to be the only way, in the immediate moment, to put a stop to the cycle, allowing room for Mikey to forgive Kazutora and for Kazutora to forgive himself. 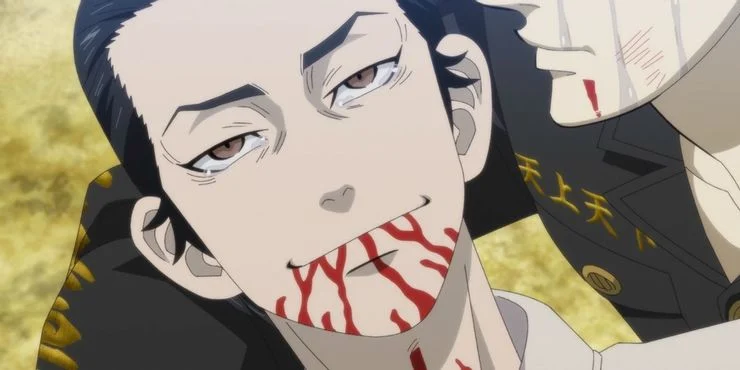 Baji tells Takemichi and Chifuyu that Kisaki tried to make a deal with Mikey to become the Third Division captain in exchange for Pah-chin's freedom. Kisaki isn't the Third Division captain -- Pah-chin is, Baji gasps. The founders of Toman, his best friends, are his treasures. And the only one Baji can trust Mikey and Toman with is Takemichi. In a way, Takemichi reminds Baji of Shinichiro -- neither of them is the strongest fighter but both embody the delinquent spirit that Baji admires.

Baji kills himself in the hope that this won't give Mikey a reason to kill Kazutora, but it has the opposite effect; seeing Baji dead enrages Mikey to resume his attempt to kill Kazutora. Takemichi gets between Mikey and Kazutora, begging the former to stop, but Mikey is too far gone in his grief, and his punch sends Takemichi flying. Something falls out of his jacket pocket and Mikey picks it up. His eyes widen and some of the light returns to his eyes: it's the omamori that Baji left behind at Kisaki's captain ceremony and that he has kept ever since Toman was first created.