The Toman gang's frontman Mikey has proven time and again that he is one heck of a leader and an insurmountably loyal friend in Tokyo Revengers. It's astonishing that, despite enduring tragedy after tragedy in his 15 years of life, he remains standing straight and strong in front of his gang. He hides his inner pain well but when he faces his former friends, it suddenly comes out in full, violent force in Episode 18 of the anime.

In the episode, Draken reveals that on the day of Bloody Halloween, Mikey killed Kazutora because Kazutora had killed Baji. Mikey avoided arrest, however, because Kisaki had prepared someone else to take the fall for him. From that day onward, Mikey fell into darkness and Valhalla took over Toman. 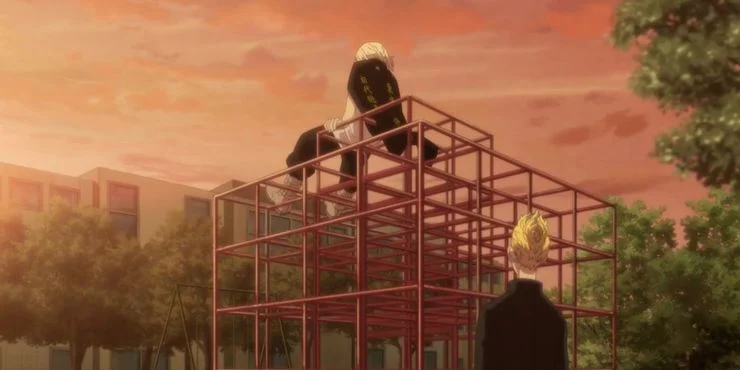 As Draken describes the event, Takemichi is overcome with memories that shouldn't belong to him to him yet: Kazutora and Baji both dead while Mikey, whose face is covered with blood, looks down at Kazutora's motionless body, his eyes lost. Takemichi bursts into tears and cries out that he has to save Mikey. He knows his friend would never kill anyone and seeing Mikey like that breaks him. But to save Mikey, Takemichi has to save Baji first.

Two days before Bloody Halloween, Draken meets with Kazutora and asks him to stop the fight. Mikey had vouched for Kazutora during his trial which helped him get out of juvie early, so Draken doesn't understand why Kazutora still hates him. He's still considered a part of the Toman crew but Kazutora just walks away, saying he'll see them at Bloody Halloween. Meanwhile, Mikey takes a ride on his bike -- the only connection he still has to his brother -- hoping Shinichiro's spirit will give him some advice on what to do. Baji even visits Shinichiro's grave.

Mikey yearns to go back to the past, as shown when he returns to the jungle gym where he and Baji once played at as kids. Things were much simpler then: the two always made up after a fight, but now he's not sure they'll be able to do so after tomorrow.

That night, he gathers Toman together for one last meeting. He declares Baji a traitor, and Toman doesn't forgive traitors. Instantly, Mikey's expression changes into a childish pout and he sits down on the steps, confessing he can't fight his friend. He yells that he needs everyone's help to bring Baji back to Toman, bringing everyone to cheers. 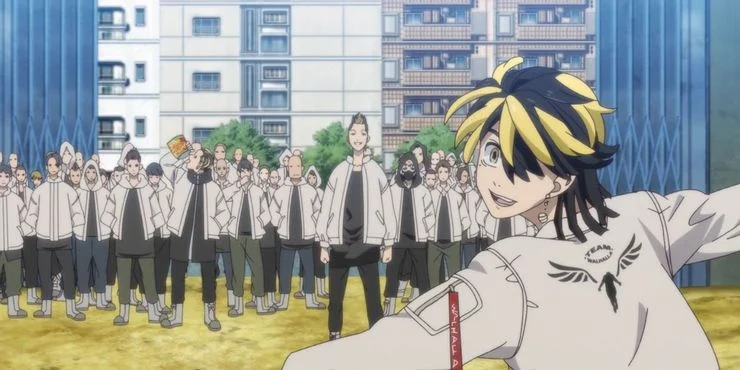 The battle between Toman and Valhalla brings many spectators as members from various gangs have gathered to watch. The fight's overseer brings Kazutora and Draken together as the representatives of their respective sides, where Draken lays down their condition: if Toman wins, they're taking Baji back. At that, Kazutora's eye twitches.

For years, Baji has been the only one who's ever stood on Kazutora's side after all his other friends have seemingly turned their backs on him. The idea of potentially losing that support and seeing Baji back on Mikey's side causes Kazutora to snap. He punches the overseer and declares Valhalla is coming for Toman's blood. Tokyo Revengers' long-awaited Bloody Halloween has begun.