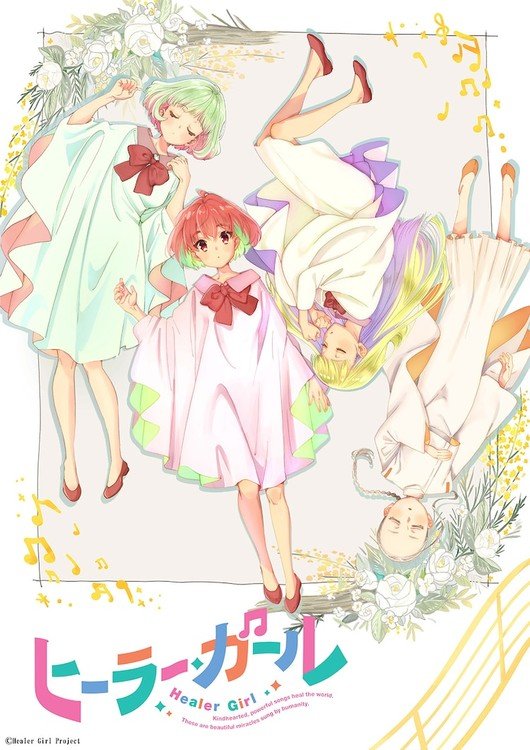 The anime depicts the world of "Healer Girls" — high school girls who cure people with singing.

In real life, "Healer Girls" is a new voice actress unit that is just starting this year. The unit's members are leading the anime's main cast (from left to right in the image above):