The official website for the television anime of HIRO's Akebi's Sailor Uniform (Akebi-chan no Sailor Fuku) manga revealed its second key visual and the January 8 premiere date for the anime on Friday. 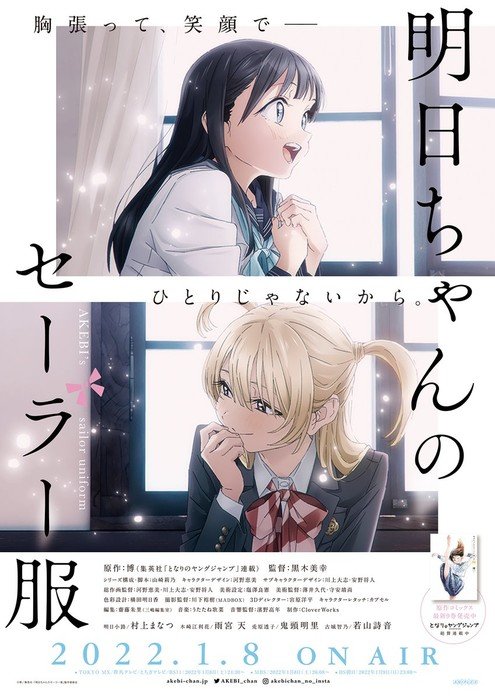 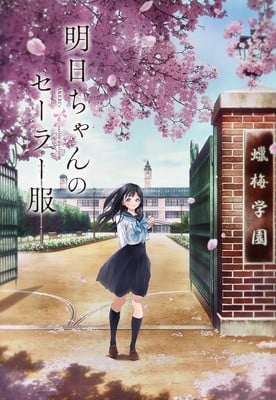 Miyuki Kuroki (Her Blue Sky, The [email protected] SideM) is directing the anime at studio CloverWorks. Rino Yamazaki (production advancement for Medaka Box, screenplay for DARLING in the FRANXX) is both writing and overseeing the series scripts, and Megumi Kouno (animation director for DARLING in the FRANXX, Fate/Grand Order Absolute Demonic Front: Babylonia) is designing the characters. Kana Utatane is composing the music.

The manga follows Komichi Akebi and her classmates at a prestigious girls middle school, following their adolescent lives and their growth.

HIRO launched the manga in 2019 on Shueisha's Tonari no Young Jump website. The manga's ninth compiled volume shipped on October 19. The manga has more than 500,000 copies in print.