The official website for Akatsuki and Too Kyo Games' new Tribe Nine project revealed on Thursday that MIYAVI will perform the opening theme song "Strike it Out." The website streamed videos for the opening theme and the ending theme "Infocus" by Void_Chords feat. LIO.

Opening Theme: "Strike it Out" by MIYAVI 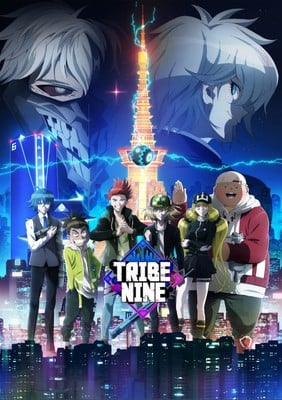 Akatsuki and Too Kyo Games describe the project set in "20XX in the country of Neo Too Kyo," where young people form tribes after the collapse of society:

This title is set in a fictional location that is similar to the 23 Wards of Tokyo, with outlaw gangs of each ward battling for prestige via extreme baseball.

The anime will begin airing and streaming next January.

The project also features a Webtoon and a smartphone 3D action role-playing game.

Akatsuki and Too Kyo Games announced the project in February 2020 with several project team members from the Danganronpa franchise.