Animation studio Plott announced on Friday that its web anime of Torinosasami.'s Teikō Penguin manga is itself inspiring a television anime that will premiere on TV Tokyo and its affiliates on January 5. The television anime will run within TV Tokyo's children's program Kinder TV. 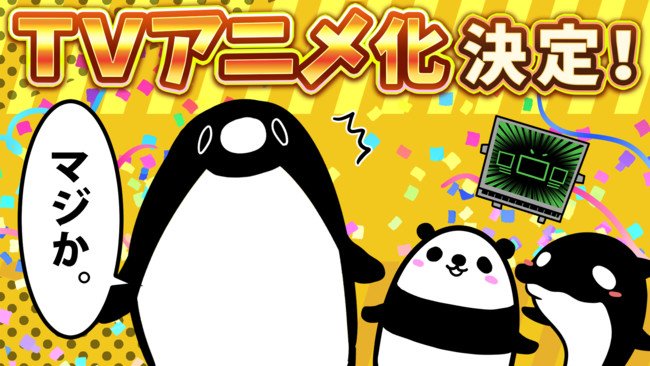 The manga centers on a penguin who works in an abusive company and gripes about the difficulties of workplace life. The title is a play on the "kōtei penguin," the Japanese name for the emperor penguin.

Torinosasami. publishes the manga on Twitter, and Kodansha published a compilation book of the web manga in March 2019. Plott launched the net anime adaptation of the manga in July 2019, and it has since accumulated more than 3 million views.