Monday marks the 20th anniversary of the manga. The August issue of Square Enix's Monthly Shonen Gangan magazine already highlighted some of the commemorations of the anniversary, including a rerun of a previous art exhibition for the franchise in Tokyo and Osaka this winter and next spring, respectively. Other commemorations include preparation on a 20th anniversary book for the franchise, free streaming of the first three Fullmetal Alchemist: Brotherhood anime episodes on YouTube, upcoming digital releases of Arakawa's one-shot works, a free digital release of the first volume of the manga for a limited time, and a collaboration cafe next year. 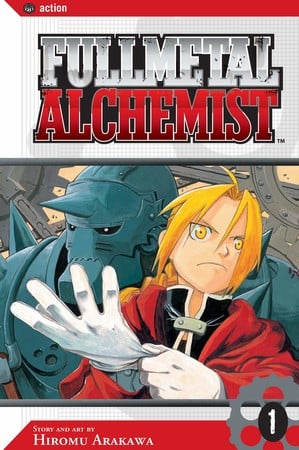 Arakawa is best known for her Fullmetal Alchemist and Silver Spoon manga. Arakawa's Fullmetal Alchemist manga ran in Monthly Shonen Gangan from 2001 to 2010. Viz Media released the series, as well as related novels and art books, in North America. The manga inspired television anime adaptations in 2003 and 2009, two original video anime (OVA) releases, two anime films, and a live-action film. Similar to the 2003 Fullmetal Alchemist anime, the 2009 Fullmetal Alchemist: Brotherhood anime is based on Hiromu Arakawa's original manga, though the latter hews closer to the manga's story and ending.