Tasomachi: Behind The Twilight Game Releases for Xbox, PS4, Switch in 2021

Game development company Orbital Express and publisher Playism announced during the Wholesome Direct livestream on Saturday that nocras' Tasomachi: Behind The Twilight game will release for Xbox One, PlayStation 4, and Nintendo Switch in 2021.

The adventure game launched for PC via Steam and GOG on April 14. It is available with Japanese, English, Simplified Chinese, and Tradtional Chinese text. Musician Ujico* composed the game's soundtrack.

Yukumo is a young girl traversing the world in her beloved airship. Upon arriving at a particular Far Eastern town to run some errands, her airship suddenly breaks down. She decides to explore the town to search for parts for repair; however, the town has fallen silent with no trace of the people who live there, the only inhabitants being a strange cat-like species...

The game draws inspiration from "late-90's collect-a-thon platformers" and does not feature mechanics such as life-bars or timers. The gameplay utilizes exploration to unlock new areas and collect items and also features a “Photo Mode” to document new areas.

nocras previously worked on 3D design for such games as Final Fantasy XIII-2 and Final Fantasy XIV: A Realm Reborn, and was a 2D artist for The Legend of Zelda: Breath of the Wild and Xenoblade Chronicles 2. 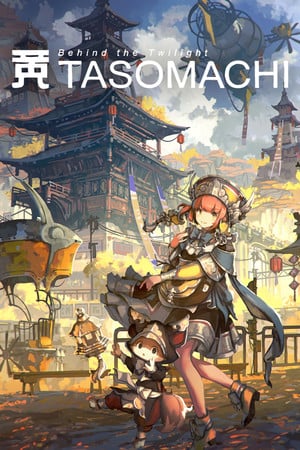