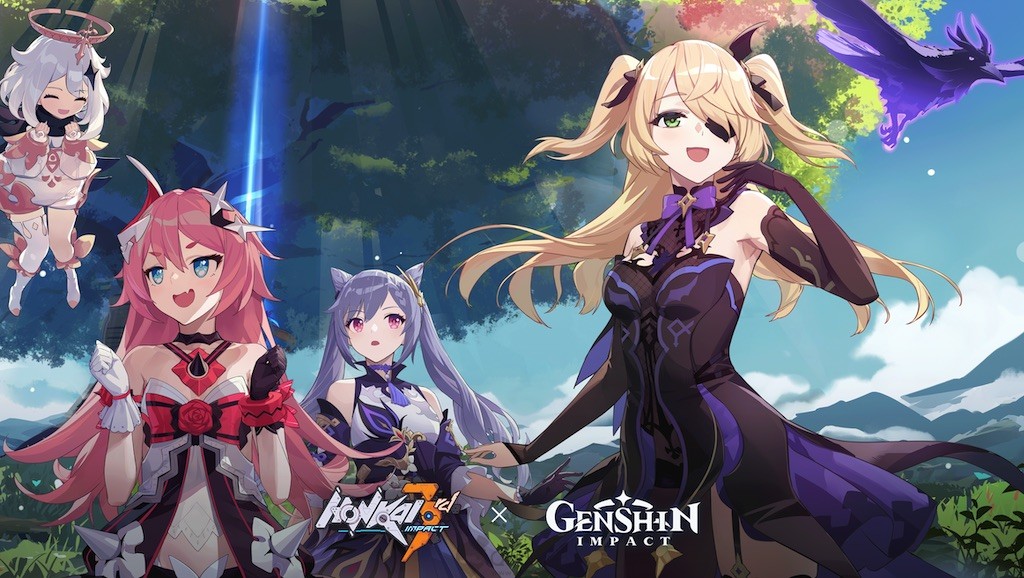 A behind-the-scenes video is also revealed to showcase the teams working on Honkai Impact 3rd and Genshin Impact with backstory and challenges during production.

Crossover fighter Fischl will be the first real archer in Honkai Impact 3rd. Unlike how she functions in Genshin Impact, her gameplay in Honkai Impact 3rd is built around weak spot aiming, which allows players to amp up the damage and hit feedback by aiming for the weakness of enemies before firing. The team also updated the models, animations, and special effects of Oz to give Fischl a bigger presence and a unique charm.

Aside from Fischl, another popular character Keqing from Genshin Impact will also appear in the crossover story as the guide. She will be a special guest character that can be fully controlled in specific story battles on top of supporting players in the story. The crossover outfit for Theresa can also be obtained during the collaboration.