My Next Life as a Villainess: All Routes Lead to Doom! Game Launches on Switch in 2021

The official Twitter account for the Otome Game no Hametsu Flag Shika Nai Akuyaku Reijō ni Tensei Shiteshimatta... ~Haran o Yobu Kaizoku~ (My Next Life as a Villainess: All Routes Lead to Doom! The Pirate Known as "Trouble") game announced on Friday that the game will launch for Nintendo Switch in 2021.

The game will have physical and digital releases, and the physical release will be available in limited and regular editions.

The game will feature an original story takes place as Katarina is moving beyond the in-story game's final graduation event and evading all the "doom flags." She faces a new "doom flag" related to a new meeting and encounter with a pirate.

The game will introduce the following new characters. 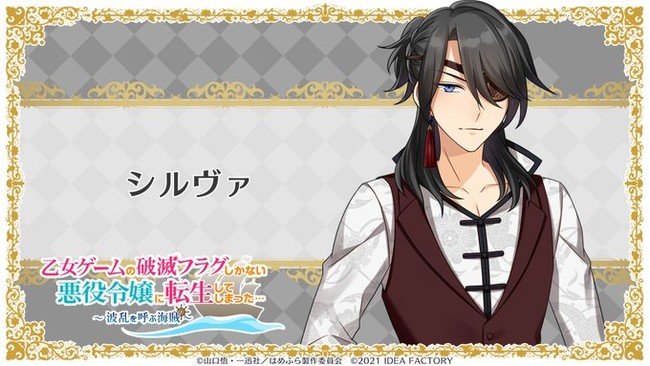 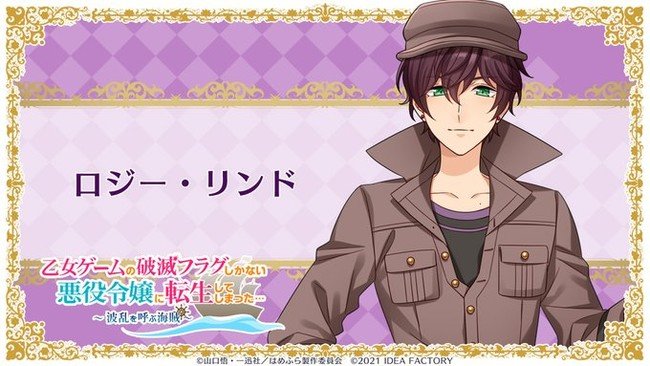 The second season of the television anime of Satoru Yamaguchi and Nami Hidaka's My Next Life as a Villainess: All Routes Lead to Doom! (Otome Game no Hametsu Flag Shika Nai Akuyaku Reijō ni Tensei Shiteshimatta...) light novels premiered on July 2 in the Super Animeism block of MBS and TBS. Crunchyroll is streaming the anime as it airs in Japan.

J-Novel Club is digitally publishing the novels, and it describes the story:

After hitting her head particularly hard one day, Duke Claes' daughter, Katarina, suddenly recalls all the memories of her past life: that of a teenage Japanese girl. Just before her untimely death, this girl recalls playing an otome game... that is exactly like the world she's living in now!

She is now Katarina Claes, the antagonist of the otome game, who nastily hounded the protagonist until the end. Knowing all the possible outcomes of the game, she realizes that every single possible route ends with Katarina being murdered or exiled! In order to avoid these Catastrophic Bad Ends, she has to use her knowledge of the game and her own wiles, starting with breaking off this engagement with the prince...

Will Katarina survive while making her way through this world, where bad flags trip at every turn? Find out in this reverse-harem rom-com, led by everybody's favorite villainess!

The anime's first season premiered in April 2020, and Crunchyroll streamed the anime as it aired in Japan. The English dub debuted in May 2020.