Today (20th Aug), the official website for Visual Prison announced that the TV anime series will premier on 8th October in Japan. 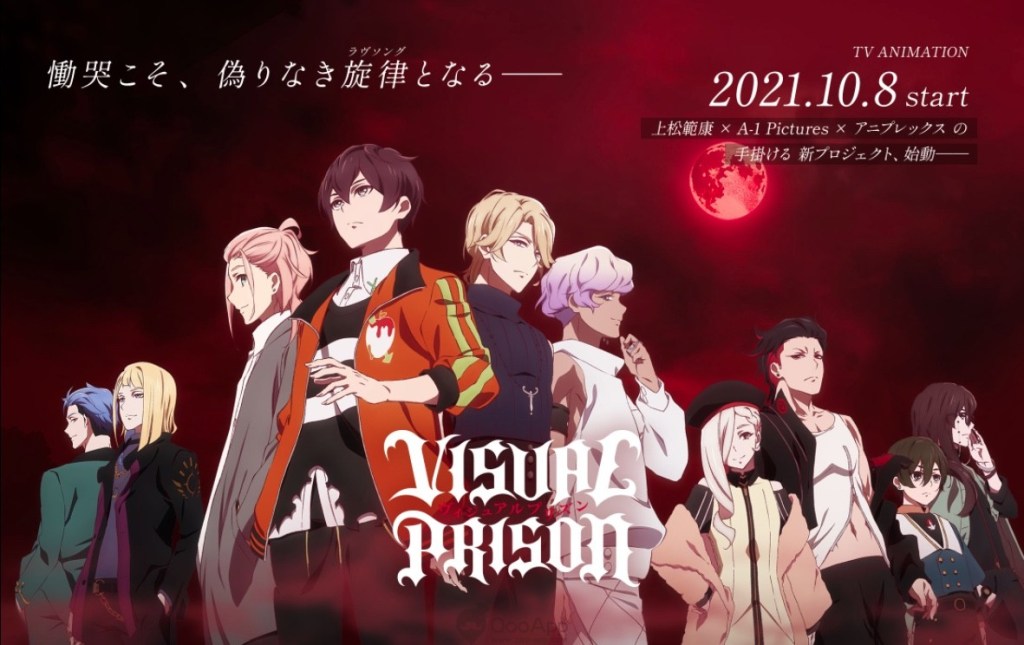 “Visual Prison” tells the story of the vampires, who face themselves through “songs” and “friends.” Elements Garden, a group of music creators who focus on anime and game songs led by Noriyas, will be in charge of music, including the visual kei songs sung by the vampires. Visuals highlighting the three vampire units and character introduction PV are revealed.

“Are you Alice?” and “GOD EATER2” manga author Ikumi Katagari is credited as the original character designer. A-1 Pictures is the animation studio.

Ange Yuki, a boy who is unfamiliar with the surroundings and has strong loneliness inside. When he left his hometown and visited Harajuku, a city where his favorite music artist was active, he encountered a live battle between the visual kei units “ECLIPSE” and “LOS † EDEN”. While being overwhelmed by the energetic stage, sudden severe pain hits Ange…