The series is described as a “gag battle hustle and bustle isekai fantasy that centers on an unconventional healing mage”. The novel’s illustrator KeG revealed a celebratory illustration for the TV anime adaptation. 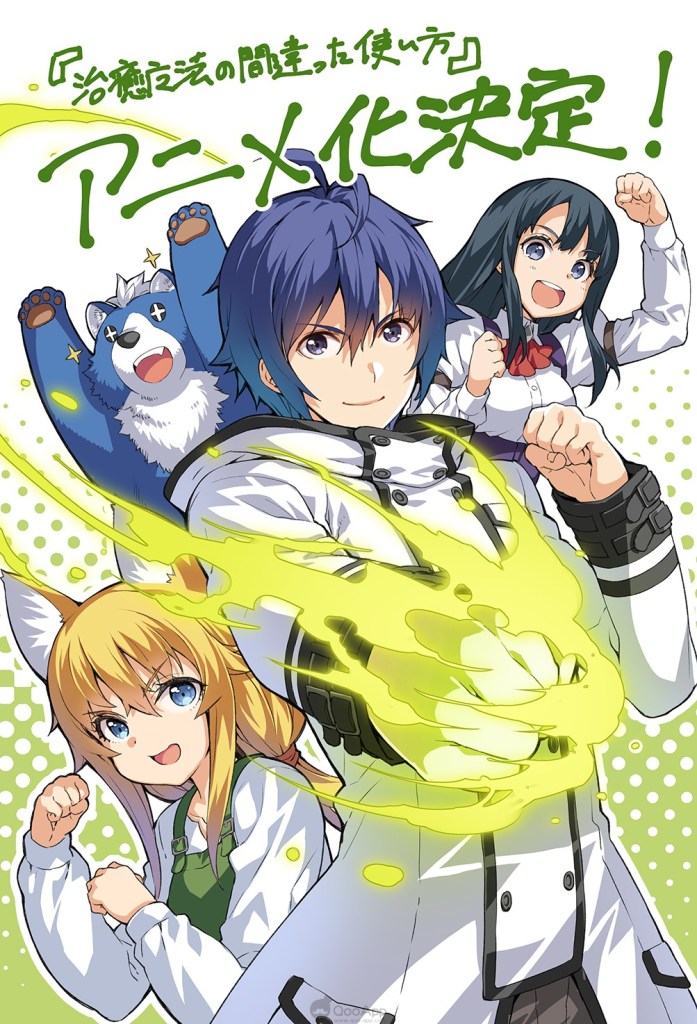 Chiyu Mahō no Machigatta Tsukai-kata: Senjō o Kakeru Kaifuku Yōin is a light novel series created by Kurokata. It was first launched on the Shōsetsuka ni Narō website in March 2014. It was later acquired by Media Factory, who have published twelve volumes since March 2016 under their MF Books imprint with illustrations by KeG. A manga adaptation with art by Reki Kugayama has been serialized in Kadokawa Shoten’s seinen manga magazine Comp Ace since April 2017.

The series centers on Usato, an ordinary high school student who one day bumps into student council president Suzune and classmate Kazuki on his way home. All three are suddenly swallowed up by a magic circle and transported to another world.

The trio are summoned as heroes to save a kingdom from a demon king’s army — but, only Suzune and Kazuki have what it takes to be heroes. Usato just happened to be dragged along for the ride. However, it turns out that Usato has the rare knowledge of a healing mage. He is thus abducted by a woman who identifies herself as Rose, the leader of the life-saving corps, and drafted into her ranks.