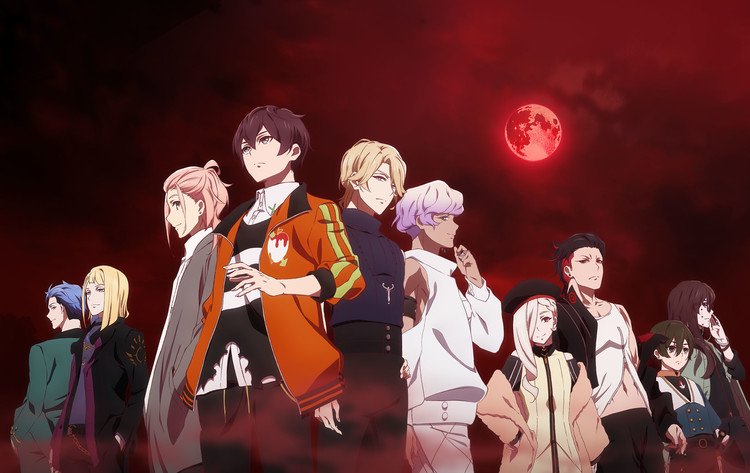 Takayuki Kidou is designing the props. Hiroshi Katō is supervising the art with Hirofumi Sakagami as art director. Katō and Mitsuki Maeda are also serving as art designers. Kanako Hokari and Mayu Morita are the color key artists and Ryuta Undo is directing the CG. Akito Suzuki is the compositing director of photography, and Eiichi Nishimura is editing. Satoshi Motoyama is directing the sound.

The live-streamed special also debuted the character designs for the groups OZ, Los†Eden, and Eclipse (in their stage outfits and regular clothes) : 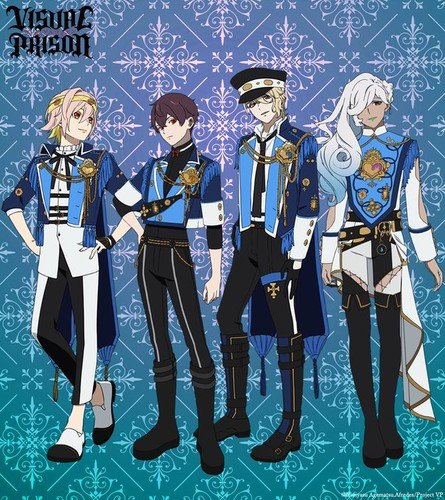 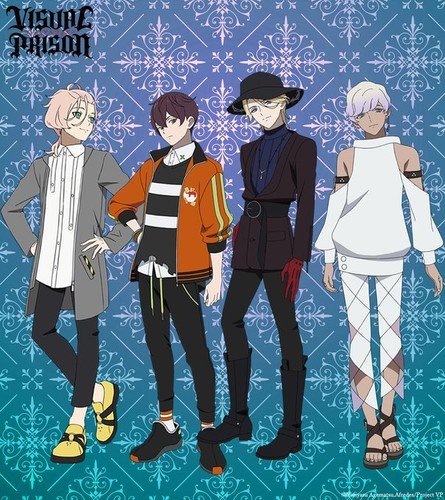 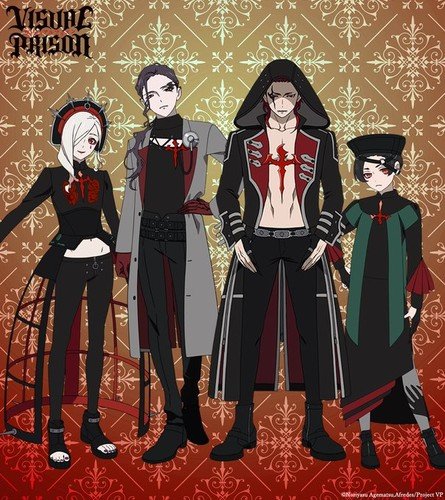 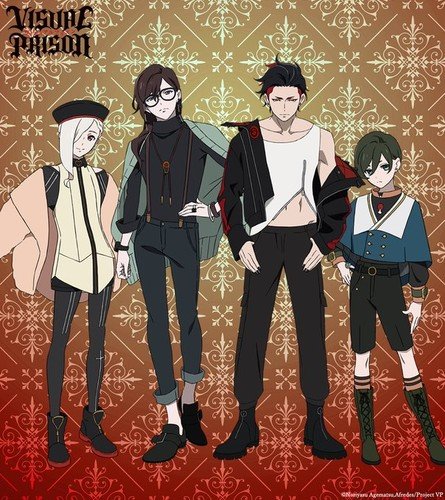 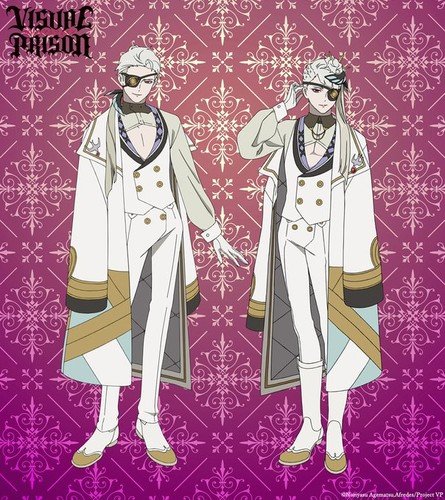 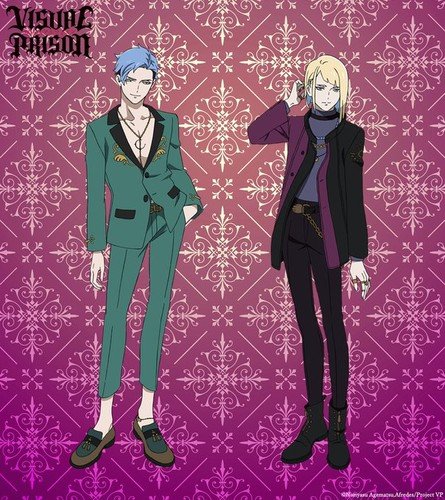 Aniplex describes the project by portraying visual kei musicians as vampires. The visual kei genre is a subgenre of Japanese rock characterized by elaborate visual presentations, gothic aesthetics, balladic melody writing, and musicians who present androgynously. In the anime's story, vampires perform visual kei music, and gather together in Harajuku in an event known as "Visual Prison" under a red moon once a year, performing visual kei songs to entrance an audience and offer the best song to the red moon above.

The story begins when Ange Yuki, a lonely boy with no family, travels to Harajuku to see his favorite artist, and there sees an intense musical battle between the bands Eclipse and Lost Eden, their energetic performance striking a pain through his heart. 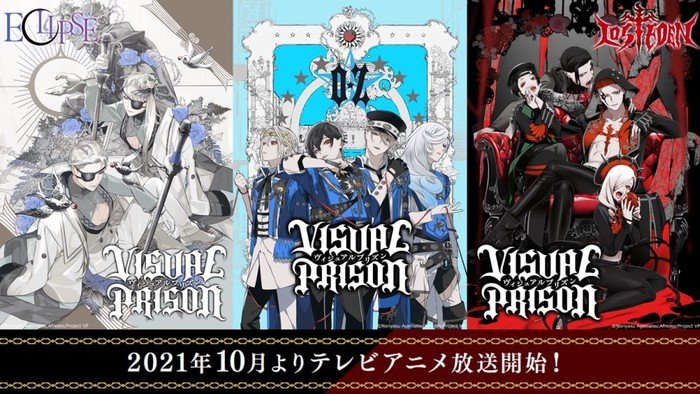 The cast, divided by their respective units, are as follows:

Oz (center in image above):

Los†Eden (right in image above):

Eclipse (left in image above):

Elements Garden is producing the music. The anime will premiere this October.