The official website for the Free! anime franchise confirmed on Thursday that cast member Tatsuhisa Suzuki will continue voicing the character Makoto Tachibana. Suzuki is also the vocalist for the unit OLDCODEX, which has contributed several theme songs to the franchise.

The production committee added that Makoto Tachibana has been a crucial character to the franchise since its planning stages nine years ago. The committee made its decision after taking into consideration Suzuki's "nuanced portrayal of this role" and the relationships developed with the other cast and staff members. The committee concluded by asking fans for their continued support.

Suzuki and singer LiSA announced their marriage in January 2020. The Weekly Bunshun magazine reported on July 30 on an alleged extramarital affair between Suzuki and a female work associate. 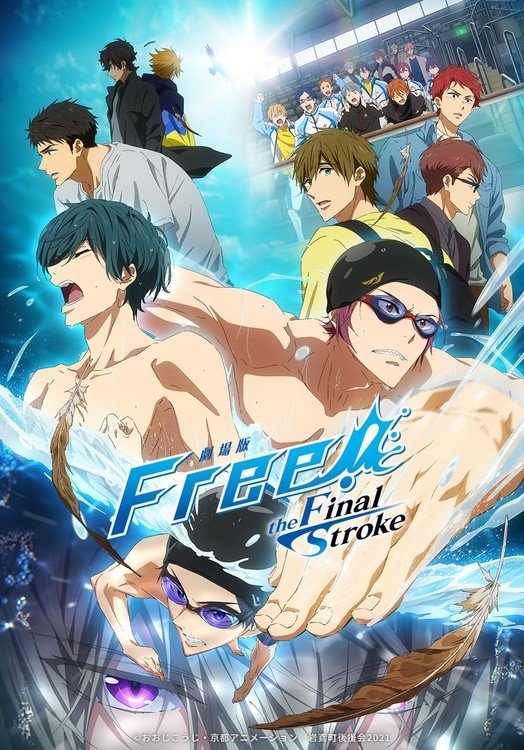 The franchise's production committee announced on Tuesday that due to the group OLDCODEX's hiatus, the September 15 release of the first film's theme song has been put on hold. As a result, the planned release of the film's new full trailer on Thursday at 11:00 p.m. (10:00 a.m. EDT) was also canceled.

Eisaku Kawanami is returning from previous installations in the franchise to direct the film at Kyoto Animation.

The franchise's most recent entry was Free! ~Road to the World~ Yume (Dream), which opened on July 5, 2019, and was a "reconstruction" of the Free! Dive to the Future television anime series, as well as a "bridge" to the new films.