We've seen a few different sides of Mikey so far in Tokyo Revengers. Takemichi first heard about him as a tyrannical leader with no qualms about committing murder. Of course, that turned out to be false. Takemichi instead met a leader who was charismatic, strong and has dreams of creating a new era of delinquents in which honor is paramount.

Mikey is loyal, almost to a fault, and has the strength to topple gang leaders with a single move. That's why he's nicknamed the Invincible Mikey. But in Episode 9 of Tokyo Revengers, Mikey helps a friend with his pain and hurt. 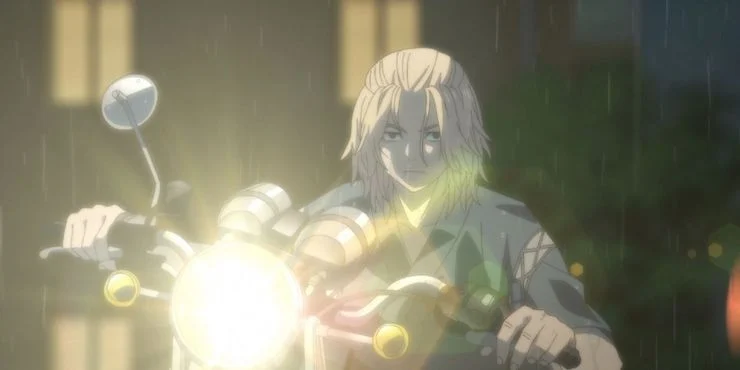 Takemichi recalls from his research that Draken will die at the parking lot, and he and Mitsuya rush over there to see a number of Moebius gang members down and even more gathered around Draken -- including Peh-yan. Despite his head bleeding from a surprise attack, Draken is holding his own extremely well. Mitsuya rushes over and confronts Peh-yan, who has aligned himself with Moebius to seek revenge for Pah-chin.

The three of them are in trouble -- there's no way they can fight against what looks like 50-something Moebius gang members and Peh-yan, and come out unscathed. The rumble of a motorcycle engine breaks through the tension and instantly, Mitsuya and Draken's faces relax into smirks as everyone else is filled with trepidation. It's a CB250T: the Invincible Mikey is coming. 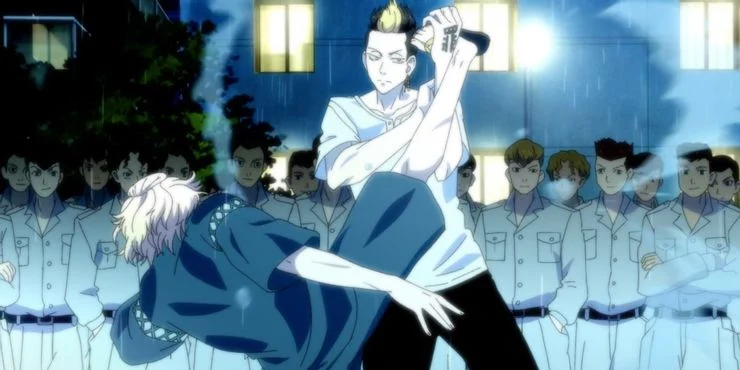 Someone had deliberately separated Draken and Mikey so it would be easier to overwhelm Draken alone. Once he was attacked, all Peh-yan would have to do is shift the blame to Mikey -- or someone from his supposed faction -- and then Toman would break. Mikey knows Peh-yan wouldn't do something like this and demands to know who is giving him orders.

A tall and lanky youth with the tattoos of 'Sin' and 'Punishment' on the back of his hands saunters out: Hanma, the temporary leader of Moebius. It's unclear if the orders came from him, but there is something terrifying about Hanma. He's the first person who's able to block Mikey's powerful kick -- the same one that knocked out Osanai. Hanma brings in more Moebius reinforcements, and now it's over 100 of them against the four Toman members. Even with Mikey there, it's an impossible feat. A quiet rumbling grows louder as it gets closer: it's the rest of Toman on motorcycles with the captains and vice-captains from various divisions at the helm. Finally, the brawl becomes an even fight.

The animation in Tokyo Revengers' fight scenes is done very well, capturing each movement in the ensuing chaos. It's a bit of a shock when you realize these are middle schoolers fighting. There was some concern as to how censored Episode 9 would be, but it wasn't as bad as expected after the manji symbol being completely erased from the Toman gang's uniform. While this has made the watching experience much more bearable, it also strips the members of their pride in being part of Toman. 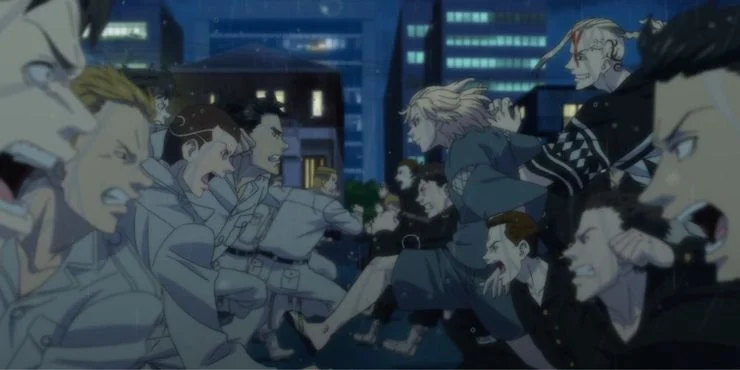 Mikey fights his way over to Peh-yan, defeating Moebius one by one and barely breaking a sweat. Peh-yan, hurt and angry, yells at Mikey for abandoning Pah-chin. He swings and smashes his fist into Mikey's face. Punch after punch, Peh-yan keeps hitting Mikey but not once does the leader try to defend himself. He yells at him to punch back, but Mikey reaches out and pulls him in so they're looking at each other.

Up close, Mikey discards his Invincible Mikey persona. He's letting his guard down, letting Peh-yan get close and allowing himself to get hit because this isn't about him. Although Mikey's gaze is calm and unwavering, contrasted with Peh-yan's panic-stricken expression, Mikey tells him that he's hurting just as much. But Takemichi's words have struck a chord in Mikey, and he tells Peh-yan that he doesn't want to fight with his family anymore.

Meanwhile, Takemichi is carefully navigating his way through the flying bodies, trying to find either Draken or Kiyomasa. Someone passes by him, seemingly in a daze, grasping a knife that's dripping blood -- Kiyomasa. Takemichi freezes and turns around, where a body is lying under a street lamp with blood streaming out. It's Draken. Whether Draken's fate is sealed or not is something we'll have to find out in the next episode of Tokyo Revengers.