In a statement shown on the Twitter account, Kayaharuka added that they have known about the cancer since September 2019. Kayaharuka stated while they regret that the manga had to end this way, they will treasure their time working on it.

Square Enix is publishing the manga in English, and it describes the story: 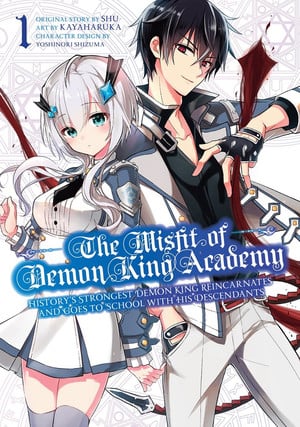 Despite their appetite for destruction, even demon kings tire of all the blood and chaos sometimes! When Anoth reincarnates in the hopes of a more peaceful life, he ends up going to school with his descendants in his old castle 2,000 years later. But with magic on its last legs in this era, no one is able to assess Anoth's true power!

Shu launched the novel series on the Shōsetsu ni Narō website in April 2017. Kadokawa is publishing the novels with illustrations by Yoshinori Shizuma, and it will publish the 10th volume on August 6.

The novels inspired a television anime that premiered in July 2020. The anime will have a second season that will air in split cours (quarters of a year).