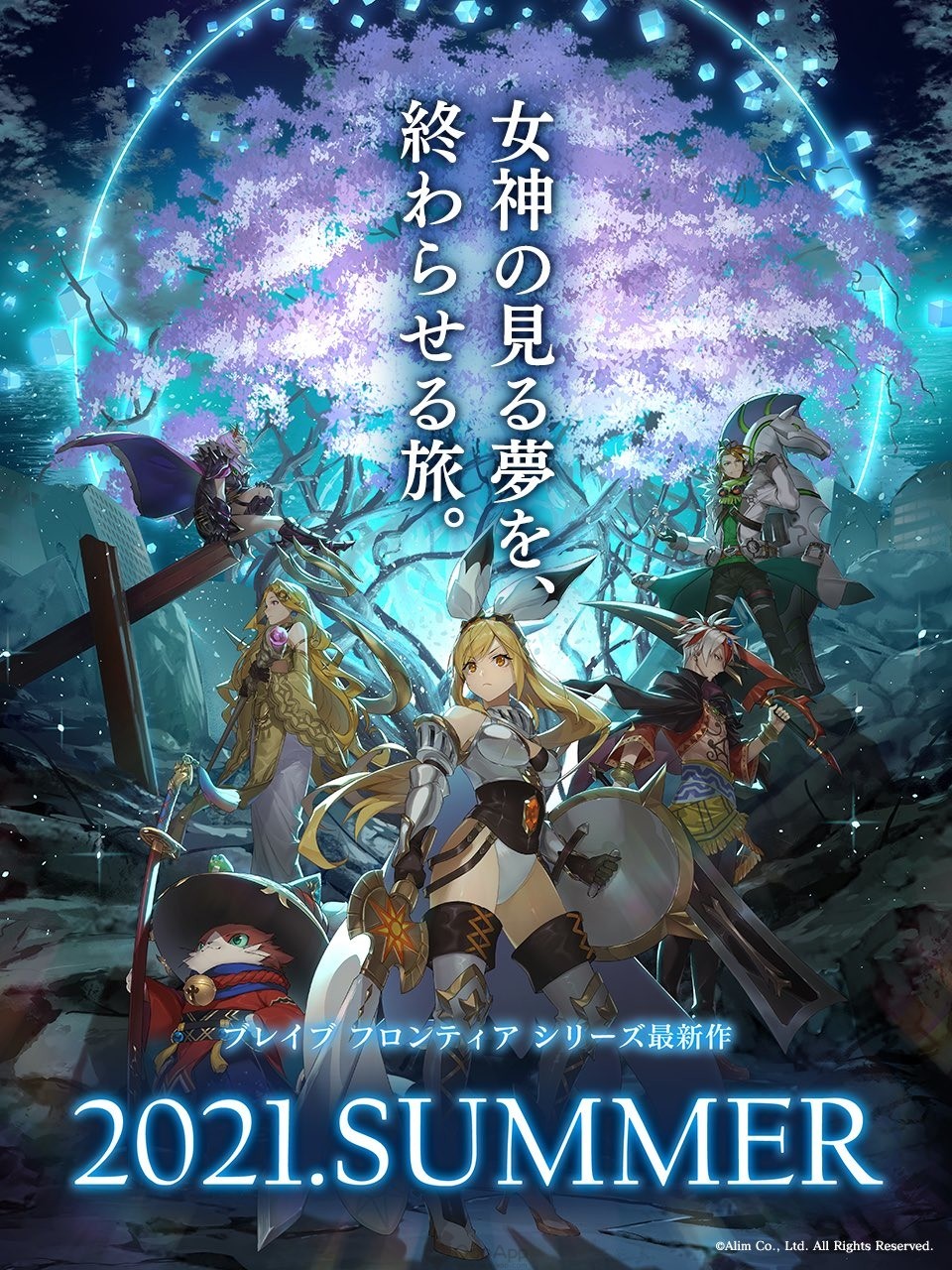 “Brave Frontier ReXONA” is a 3D action game that is set in the same universe as the “Brave Frontier” series. It depicts the adventure of the summoner and spirits led by the goddess to the deepest part of the labyrinth.

■ Battle
The summoner (player) can summon different types of heroes, beasts and demigods (spirits) during battles. The summon timing and combo attacks are the key to win.

■ Dungeon
The dungeons are filled with monsters of different types and skills. Summon different spirits according to the situation to turn the tide of battles.

■ Housing
Customize My Room with the furniture and decorations obtained from battles and provide a resting place for your spirits.

The official site has revealed the visual and cast for the characters and 40 spirits. Here are some previews;
Spirits
■ Arwen – CV; Kengo Kawanishi

Players can now pre-register the game via following the official Twitter/ Alim account. The pre-registration rewards will be revealed later.