When a franchise has been around for as long as Dragon Ball has, there are bound to be some mysteries that nag at people. Even if they're not overly significant to the plot, sometimes the audience just wants an answer. Interestingly, Dragon Ball Super found itself in an unusual position of needing to resolve a lingering mystery from Dragon Ball Z in order to move its own plot forward. In the battle against Zamasu, the question of how Vegito's supposedly permanent Fusion separated is finally answered.

During the Buu Saga, Majin Buu managed to absorb Super Saiyan 3 Gotenks before turning Gohan into his personal plaything. Things became so dire that Elder Kai bestowed his own life force upon Goku so that the mighty Saiyan could join the fight. When Elder Kai swiftly dismisses Goku's idea of using the Metamoran Fusion Dance with Gohan, wisely noting that they would not have time to learn it, he suggests using Fusion via the Potara Earrings instead. 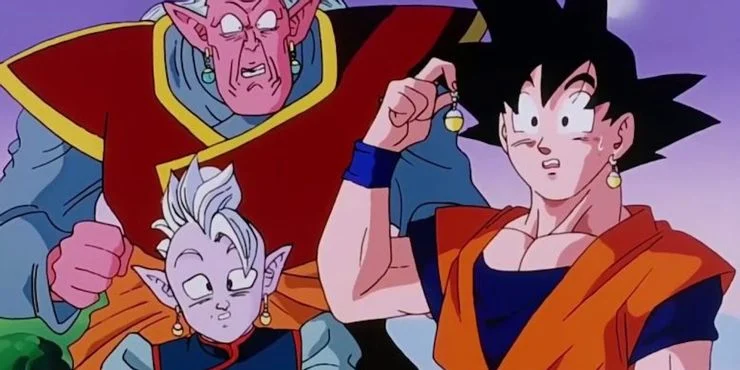 The earrings worn by the Supreme Kai are not merely ornamental -- they are a much more efficient means of Fusion. When two beings each place one earring on opposite ears, they are immediately, even if they don’t want to be, joined together. Goku, who is only familiar with the Metamoran Fusion, which lasts for 30 minutes, asks Elder Kai how long the Potara Fusion lasts. To his surprise, he is informed that the Fusion has no time limit, once joined together, the participants can never separate.

After Goku returns to Earth, his detached parenting style comes back to bite him, because apparently, he and Gohan have never played catch before, as the earring he tosses to his son sails over a hapless Gohan's head. Once he fails to Fuse with Gohan, who is promptly absorbed by Buu, Goku nearly fuses with Hercule Satan until Vegeta appears. Goku manages to convince Vegeta to Fuse with him, conveniently leaving out that it is permanent until it's too late to go back. The newly born Vegito battles Buu before purposefully being absorbed so that he can rescue all of the people Buu has consumed.

However, the moment Vegito releases his protective barrier inside Buu's body, the Fusion ends as Goku and Vegeta are forcibly separated. Goku is perplexed while Vegeta believes they've gotten lucky. Though they briefly speculate that maybe Fusion doesn't work inside Buu's body, the issue is never addressed again, not even by the Kai. The idea that Fusion doesn't work inside Buu's body doesn't really track, because Gotenks's Fusion clearly lasted for the full 30 minutes that Buu spent using Gohan's face as a resting place for his fists. 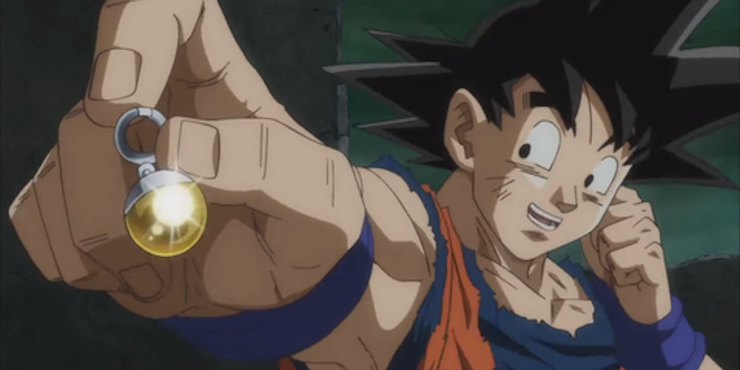 It's not until the Zamasu arc in Dragon Ball Super that the issue of just how Vegito separated is addressed. Once Goku Black and Zamasu use their own Potara to Fuse, Goku declares that he and Vegeta will follow suit. Interestingly, he seems undeterred by the prospect of it being permanent, merely curious as to why it wasn't the first time. When asked, Gowasu, Supreme Kai of Universe 10, explains that the Fusion is only permanent if a Supreme Kai is involved, otherwise, it only lasts for an hour.

This retroactively explains why Vegito separated inside of Buu's body -- his time limit had expired. It's clear that Elder Kai was simply mistaken when he told Goku it was permanent, but it's not clear why he didn't know this, either. Despite being trapped inside the Z Sword for eons, a flashback shows that he knew about the Potara's power before that when he tried to prevent an old witch from putting on one of his earrings. The mystery now is why only certain Supreme Kai seem to know the full extent of the Potara Earrings' power. Alas, the hour-long time limit ends up being a moot point when Vegito battles Zamasu and defuses after 10 measly minutes.