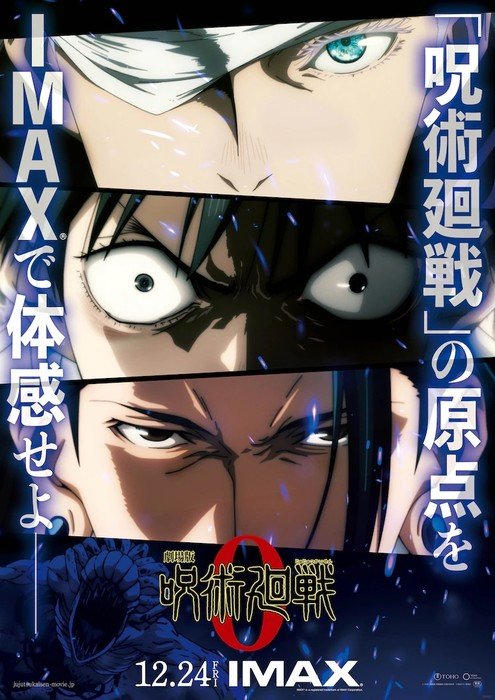 The tagline in the visual reads, "Experience the origin of Jujutsu Kaisen in IMAX...!"

The film will open on December 24.

Viz Media released the Jujutsu Kaisen 0 manga in January, and it describes the story: