The official website for the television anime of Ryōsuke Takeuchi and Hikaru Miyoshi's Moriarty the Patriot (Yūkoku no Moriarty) manga announced on Friday that the two-episode original video anime (OVA) project will launch on Blu-ray Disc and DVD in Japan on April 27. 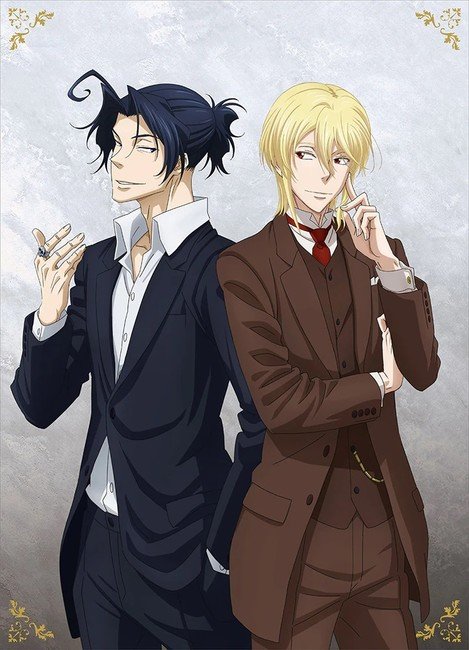 The first episode "Yuri no Tsuioku" (Recollection of Lily) is an anime-original story not told in the manga. The story is about a popular aristocratic painter's masterpiece that is defaced in Bath, the British city renowned for its Roman baths. The second episode "Moriarty-ke no Kyūjitsu" (Tea Party or literally, Moriarty Family Holiday) adapts the manga chapter of the same name.

The Blu-ray Disc and DVD will include two exclusive mini character illustration sheets and eight-page booklet in a sleeve case illustrated by character designer Tooru Ookubo. 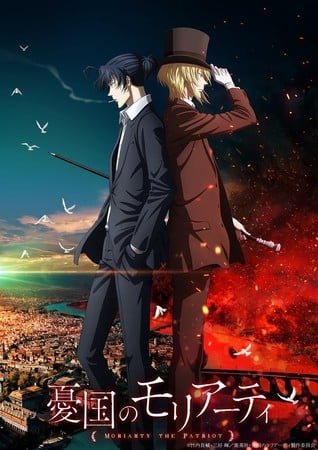 The television anime premiered in October 2020, and it had 24 episodes. Funimation streamed the anime as it aired in Japan, and it is streaming an English dub.

The story's protagonist is James Moriarty, the famous antagonist from Sir Arthur Conan Doyle's Sherlock Holmes series. In the manga, he is an orphan who assumes the name William James Moriarty when he and his younger brother are adopted into the Moriarty family. As a young man, he seeks to remove the ills caused by England's strict class system.

Takeuchi and Miyoshi debuted the manga in Shueisha's Jump SQ. magazine in August 2016. Takeuchi draws the storyboards and Miyoshi provides the art. The manga's "Saigo no Jiken" (The Final Problem) arc reached its climax in the 14th volume, which shipped in Japan on April 2. Shueisha published the 16th volume on December 3. Viz Media is releasing the manga in English.

Update: The OVA volume will include two exclusive mini character illustration sheets, not one.