In Episode 2 of RE-MAIN, Minato's first dip back into water polo isn't quite what everyone hopes. Without his muscle memory to lean on, he has to start from scratch if he has any hope of rising to the top again. But the first thing he'll need is a team.

With the new captain Jo Jojima's boundless enthusiasm, a water polo team is indeed slowly coming together, and we get our first glimpse at Minato's new team members. 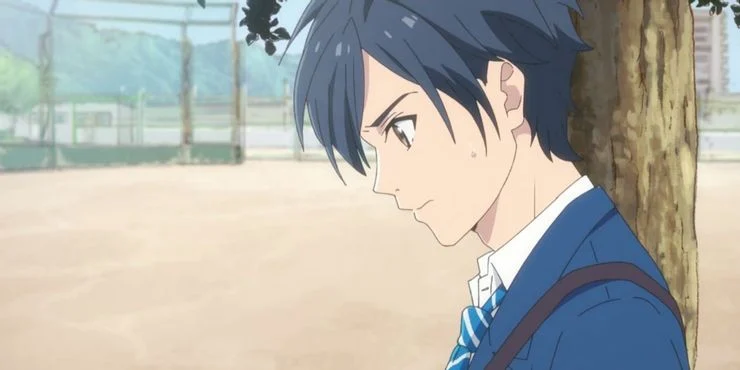 Although Minato had previously decided to not pursue water polo anymore, he's making the dive back in in Episode 2 -- but not out of any desire to rekindle his passion for the sport. Rather, he's doing it to avoid losing a bet he made with Chinu, the girl from the magazine back in junior high. If he becomes Japan's best high school water polo player, Chinu will date him. If he doesn't, he'll have to pay her 220,000 yen.

What he didn't anticipate was how much pressure he would be under just by putting his name down on the team roster. In his excitement, team captain Jo Jojima advertised Minato as the top water polo athlete in junior high, leading to a huge turnout in sign-ups -- everyone is excited to join a team with a prodigy, after all.

Unfortunately, Minato's memories aren't the only thing his accident stole. His muscles have atrophied due to disuse and he isn't in the same shape as before. He admits it's difficult trying to meet everyone's expectations, and he has a point: it's unreasonable for them to think Minato is the same person he was in junior high. He's only recently woken up and is slowly trying to piece his life together again. 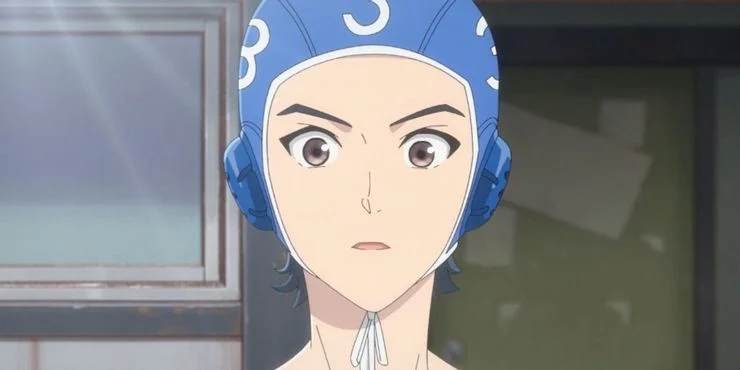 Only two boys remain in the end: Yutaka Babayaro Inomata, a tall half-Black youth, and Yoshiharu Ushimado, a boy whose voice is barely audible when he talks. The water polo club had been abandoned for 10 years until Jo had entered school. His first attempt at recruiting a team failed, but he couldn't abandon the sport. All he could do was maintain the pool and train by himself, waiting until six other members joined. With Minato, Eitaro, Yutaka and Yoshiharu now on the team, Jo's dream is coming closer to reality.

In a serendipitous moment for RE-MAIN, another boy shows up: Takekazu Ejiri, who looks forward to joining the team because he's hoping to make it big in a minor sport like water polo. Takekazu immediately has his eyes on the keeper position but Jo has already taken it, so the two decide to compete to see who'll be the captain. The only problem is that they need a shooter -- so Eitaro volunteers Minato. 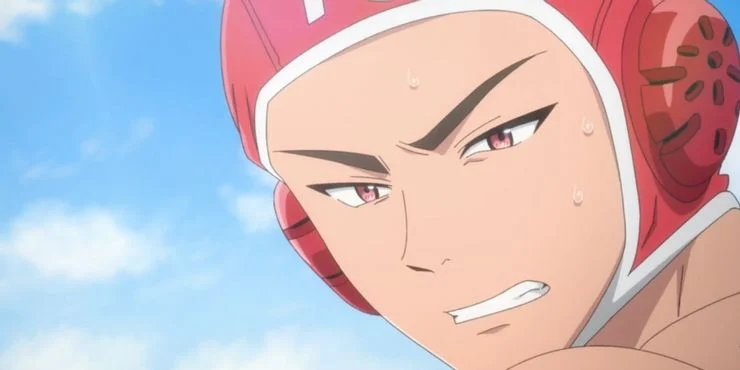 Minato is hesitant but hopes that by getting in the water, something will click and his instincts will kick in. As soon as he dives in though, all he can register is how freezing cold the water is. As Takekazu gets into position, Minato throws his first ball and misses the goal by several feet, struggling to even stay afloat in the pool.

Jo easily blocks a second shot before Minato's third attempt sails straight into the corner of the net. His elation is short-lived, however, when his leg cramps up and Jo has to rescue him. Takekazu concedes his loss and admits he didn't join the team for any noble reasons -- which is similar to Minato and the others in RE-MAIN, who have all joined water polo for personal ulterior reasons as well.

Takekazu wants to quit but Jo, who's waited too long for the chance to play on a team, begs him to stay, to which he agrees. But they still have to find a seventh member. The team captain has his eyes set on Shugo Amihama, a swimmer who ranked third in 100-meter freestyle -- but who has already joined the track-and-field club. We'll have to wait until Episode 3 to see if the boys of RE-MAIN can net him.