The Shadows House Season 1 finale was full of daring twists, turns, and reveals that perfectly set up a second season. Yet despite being masterfully plotted and foreshadowed by earlier events, some fans still may have been left scratching their heads. The resolution was bittersweet for the kids and their Shadows, while the two primary villains escaped unscathed. Besides the kids breaking into their soot powers, nothing seemed to change much -- or did it?

Let's take a look at the spectacular final episode of Shadows House's first season and the many plot seeds that were planted for, hopefully, an eventual Season 2.

Aileen, John & Kate Push Their Soot Powers To The Limit 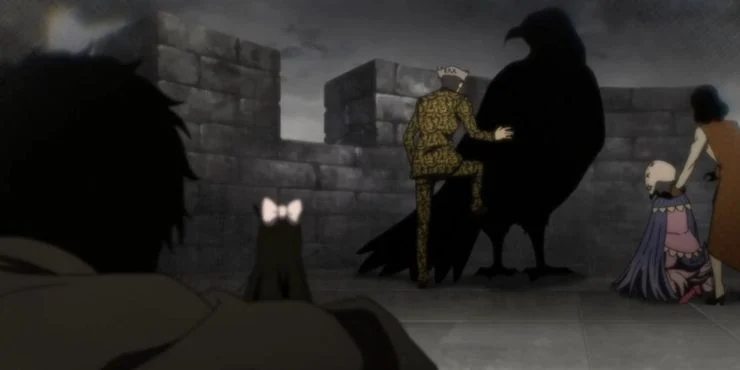 The Shadows House finale featured two characters who pushed their unusual soot powers to new heights, in separate acts that completely exhausted them. First, John used his explosive force to propel Kate and Emilico off the Adult's Building Tower, allowing them to escape. Then Aileen, Edward's friend, crafted a massive soot bird that could carry the villain across the sky. Though Aileen was used to creating smaller creatures, this larger feat also had her dropping to her knees -- yet curiously enough, the bird's integrity remained. 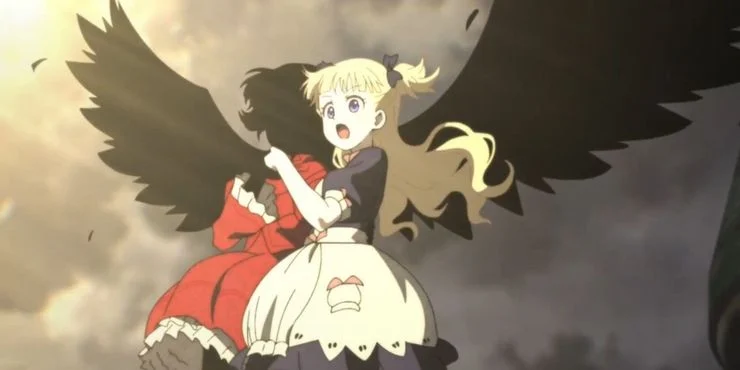 Kate, who can manipulate the physical appearance of soot and take advantage of its physical qualities, created two enormous wings to fly from one building to the other with the help of John's blast. This showed a remarkable improvement since the debut, where she had only managed to softly fall down. Emilico's acrobatic prowess allows them to land without hurting themselves, and to take refuge in the Children's Building.

Louise And Lou Turn Social Engineering Into A Trap 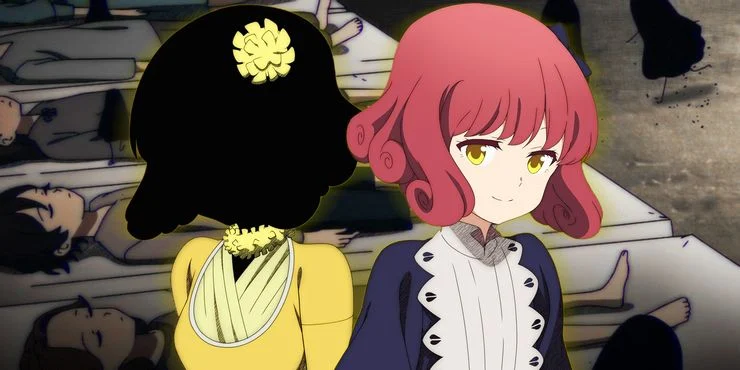 Louise and Lou, who always seemed like a sweet and fluffy pair in Shadows House, came through again during the finale -- not by exploiting their cunning mind control soot powers. Instead they reach out to the severe Star Bearers, the protectors and leaders of the Children's Building, where no adult Shadow is ever admitted.

Thanks to them, Edward's threats of "disposing" of any malcontents and his confession to kidnapping Kate, a beloved member of the Children's Building, were heard by virtually everyone and Kate and Emilico were helped to safety among their peers. 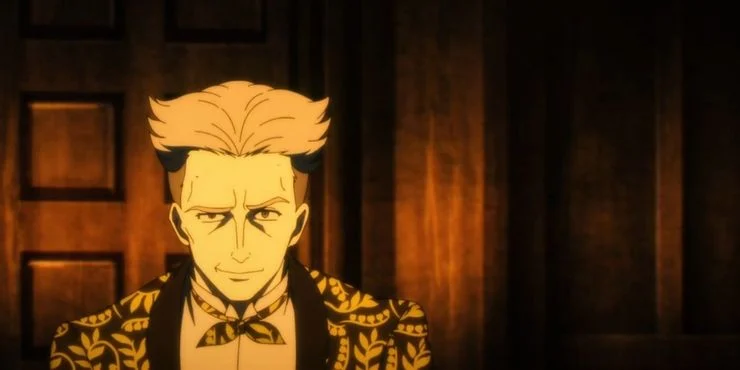 While all the Nobles on the Third floor wanted to punish Edward by banishing him from Shadows House, Lord Grandfather was surprisingly lenient, giving him and his co-conspirators a "stern reprimand." When Ryan -- a particularly violent Noble with a deep dislike for Edward -- questions him, Lord Grandfather says Shadows House is still full of potential, and leaves it at that.

For Lord Grandfather, it doesn't matter what Edward did as long as it was out of sheer loyalty to him — which he has in spades. In fact, Edward's so loyal that his plan is to depose all the Nobles in the third floor to become Lord Grandfather's right-hand man, which makes him a very interesting villain — the opposite of a Dragon. And, as Lord Grandfather has modeled his "court" on a self-centric model, he probably favors a system where everyone is obsessed with pleasing him and backstabbing each other, instead of deposing his tyrannical rule.

Besides, it's not as if Edward was wrong about his suspicions — Kate is definitely up to something, even if he couldn't prove it.