GKIDS announced on Monday that it and Shout! Factory will release the "Summer Ghost" anime short, the directorial debut of illustrator loundraw (I want to eat your pancreas, Josee, The Tiger and the Fish, Vivy -Fluorite Eye's Song-), on Blu-ray Disc and digital platforms on November 1. The company streamed English-dubbed and English-subtitled trailers:

The release will include the Japanese version with English subtitles and the English dub. Bonus features include the documentary "To You Before Dawn," a feature animatic, and an interview with loundraw. 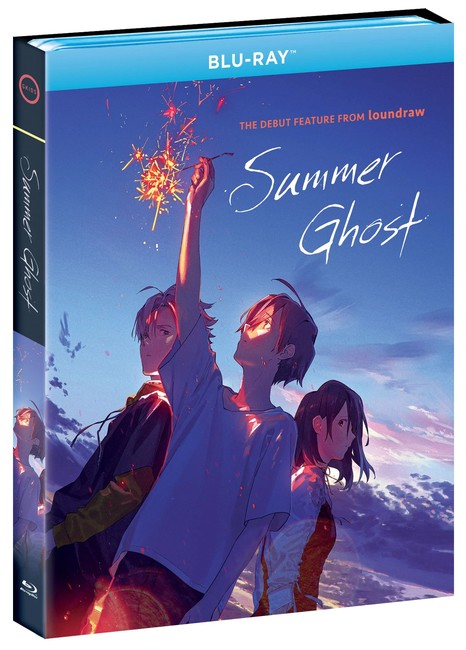 GKIDS previously announced that it would screen the short theatrically in North American this summer. The company screened a sneak preview at Anime Expo on July 1. This year's Annecy International Animation Film Festival screened the short on June 15 and 17. 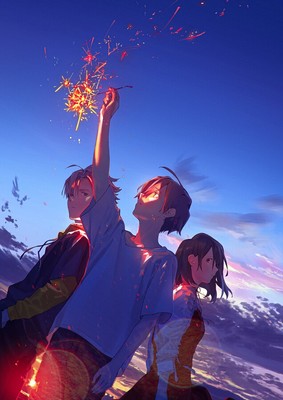 The story of the short developed from a single illustration that loundraw had drawn. Tomoya, Aoi, and Ryō are high school students who met online. An urban legend speaks of a "summer ghost," a spirit girl who appears when fireworks are set off.

Tomoya cannot live the life he envisioned for himself. Aoi cannot find her place in the world. Ryō has his once shining future suddenly pulled away. Each has their own reason for needing to meet the summer ghost. On a summer night when life and death cross paths, where will each of their emotions take them?

Yoshi Inomi launched the manga adaptation in the Tonari no Young Jump service in October 2021, and its compiled book volume shipped in November. The anime's scriptwriter (and acclaimed novelist) Otsuichi wrote a novelization that expands the story, and it shipped in October. In addition, the spinoff original novel Ichinose Yūna ga Uiteiru (Yūna Ichinose Is Floating), which picks up the motif of "fireworks and ghosts," shipped last November.

The short is part of Project Common, a multimedia initiative "to express the true loundraw." The illustrator said last summer, "Unchanging at any time, I want to find my steadfast self. This project is a challenge to find the true 'loundraw' with myself and everyone." The project's website included the English text "real or fake? The way he thinks, the way he draws. These all become 'one.'"