Animator and illustrator loundraw announced on Friday the details of his previously revealed short theatrical anime film for the multimedia project Project Common. The short film is titled Summer Ghost and it will open in Japan this year. The short film will mark loundraw's directorial debut. 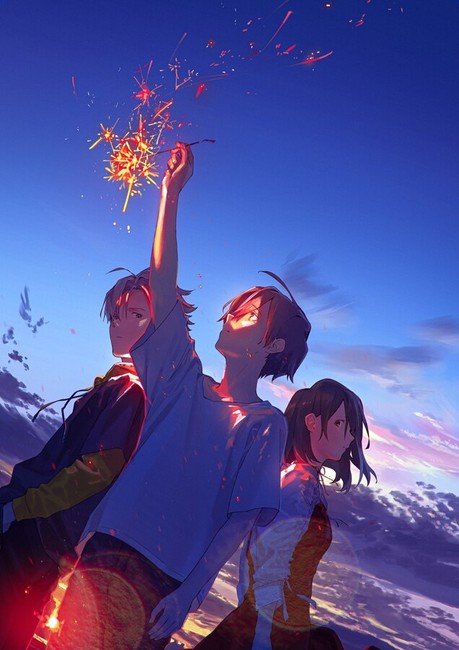 Z-Kai collaborated with the short film for the below "concept movie" titled "Ichibai Chikakute Tooi Hoshi" (The Closest Distant Star). loundraw was the director, producer, character designer, animation director, art director, director of photography, and editor on the short.

Project Common's theme is "to express the true loundraw." The illustrator said last June, "Unchanging at any time, I want to find my steadfast self. This project is a challenge to find the true 'loundraw' with myself and everyone." The project's website includes the English text "real or fake? The way he thinks, the way he draws. These all become 'one.'"

Illustrators and creators from loundraw's Flat Studio, including novelist Tetsuya Sano, are contributing to the project. Reoen, Merrill Macnaut, Tomotaka Wakumoto, asano66, and banishment from the story production team KotsuKotsu are participating.

loundraw founded the new anime studio Flat Studio in January 2019. He and the studio collaborated on production of two animated ads for the LINE Novel service that debuted in April 2019.

He also drew the character designs for an animated promotional video based on Yusuke Yamada's Boku wa Robot Goshi no Kimi ni Koi wo Suru (I fall in love with you through a robot) novel. The novel is also getting a full animated film adaptation.