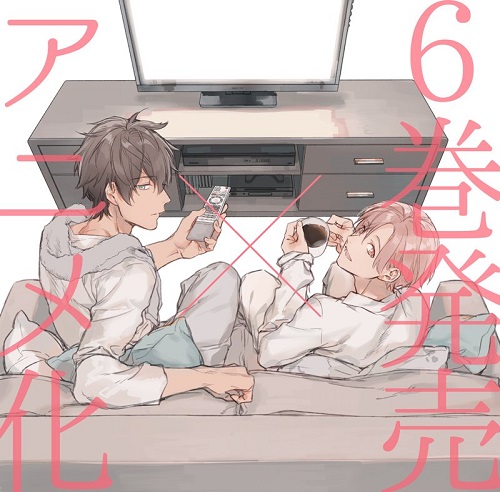 An anime adaptation of Rihito Takarai's Ten Count boys-love manga was revealed on the wraparound band of its sixth and final volume on Monday.

Synopsis
Corporate secretary Shirotani suffers from obsessive-compulsive disorder. One day he meets Kurose, a therapist who offers to take him through a ten-step program to cure him of his compulsion. As the two go through each of the ten steps, Shirotani 's attraction to his counselor grows. (Source: SuBLime)

The manga ran in Shinshokan's Dear+ magazine from July 2013 to November 2017, and currently has more than two million copies in print. VIZ Media licensed the series in English and published the fifth volume under its SuBLime label last August. The manga has also been published in multiple foreign languages. 6 Lovers, which will include an episode of the series in "in motion" animation, is currently planned to release this summer and is unclear if the new anime announcement would be related to this series.