The official website for the previously announced Project Anima has announced the winner under the fantasy theme on Wednesday. Mahoutsukai ni Narenakatta Onnanoko no Hanashi. (A Story of a Girl that was Unable to Become a Mage.) by Yuzuki Akasaka has won, and studio J.C.Staff will be in charge of the anime adaptation to be released in 2020, in which the format is still unknown. 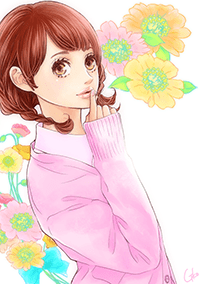 Synopsis
Kurumi Mirai is in the first year of high school.

She enrolled in junior high section of the Redrun Magic School, the world's only facility for mages that approved by International Mage League and able to work under royal families when graduated, and she was always top of the class. However, when she applies for the high school section and took the examination to get into a mage training class "Ma-gumi (Mage Class)," she wasn't able to get in in spite having full scores and was top of the class for the whole three years.

There are some students in the class next to her that takes that class. Among that there's someone she admires. How will Kurumi Mirai who has extraordinary brain but didn't get in to be a mage candidate try to overcome and grow up? What is the aim for Minami Suzuki, a loyal mage who suddenly appears to be the homeroom teacher? This is a relaxing story of her growth.

Mahoutsukai ni Narenakatta Onnanoko no Hanashi. has been written via Estar since March 31. This is a sequel story of Yuzuki's previous story Isekai datte Salaryman wa Iru., which ended on February 12.

Project ANIMA is a collaboration project between DeNA, Nippon Cultural Broadcasting, Inc., Sotsu, and MBS. The winner for the project's first anime theme, which was sci-fi and robot anime by studio Satelight, was announced in August, while the third and final anime, which will have a kids and game theme by Doga Kobo, will be announced next March.