Netflix debuted the first full trailer for Kakegurui twin, the anime of Katsura Saiki's Kakegurui Twins manga spinoff, on Sunday. The trailer reveals more cast and staff members, and the August 4 premiere for the anime. It also announces and previews the ending theme song "Queens Bluff" by the group i☆Ris. 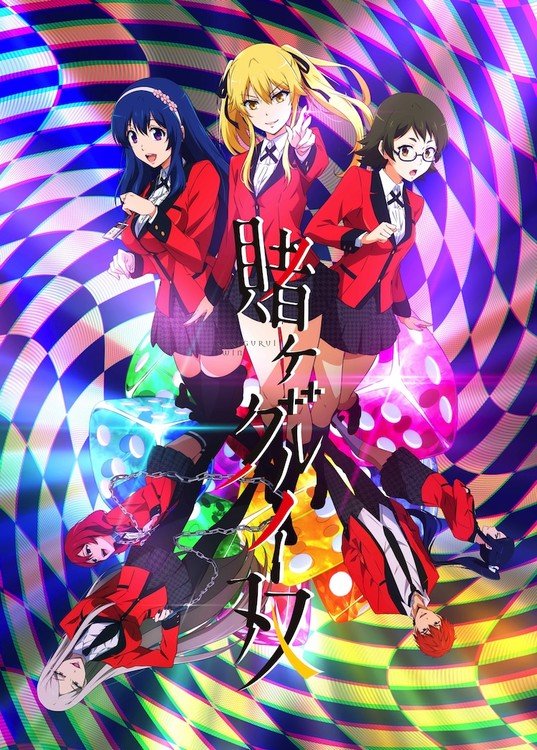 Minami Tanaka is reprising the role of Meari Saotome. The newly announced cast members are:

MAPPA is producing the anime. The staff members, many of whom are returning from the two Kakegurui television anime, are:

The anime will premiere on Netflix worldwide on August 4. 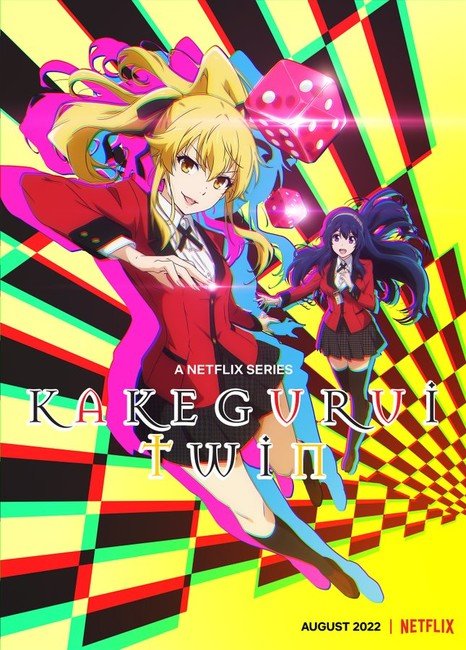 Yen Press licensed the spinoff manga. It describes the story:

A year before Yumeko Jabami graced the hallowed halls of Hyakkou Private Academy, Mary Saotome got her own start at the gambling-addicted school. Can this normal girl achieve her own rags-to-riches story through wits and luck? Find out in this prequel to the mega-popular Kakegurui!

The manga is a spinoff of Homura Kawamoto and Tōru Naomura's Kakegurui - Compulsive Gambler manga. The spinoff launched in Square Enix's Gangan Joker in September 2015.

The manga inspired a live-action series that debuted on Amazon Prime in Japan on March 26.

The original Kakegurui - Compulsive Gambler manga launched in Square Enix's Gangan Joker magazine in March 2014. Yen Press is releasing the manga in English. The main manga inspired a television anime series that ran from July to September 2017 in Japan. The series premiered outside of Japan on Netflix in February 2018. The anime's second season premiered in January 2019, and Netflix began streaming the series in June 2019. Sentai Filmworks has licensed both seasons, and will release the seasons on home video with an English dub.

Aside from Kakegurui Twins, the original manga has also inspired two other spinoff manga and two novels.