The staff for the Mr. Osomatsu anime franchise debuted the full trailer and main visual for Osomatsu-san ~Hipipo-Zoku to Kagayaku Kajitsu~ (Mr. Osomatsu: The Hipipo Tribe and the Glistening Fruit), the first of two new anime films, on Thursday. The trailer introduces the film's story and also previews AŌP's theme song 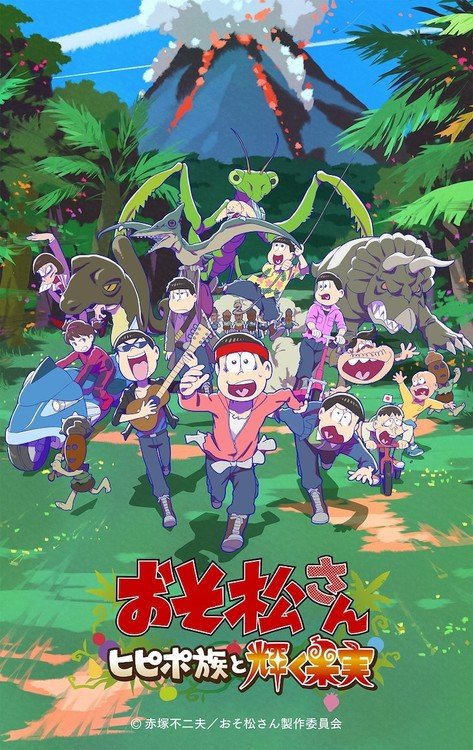 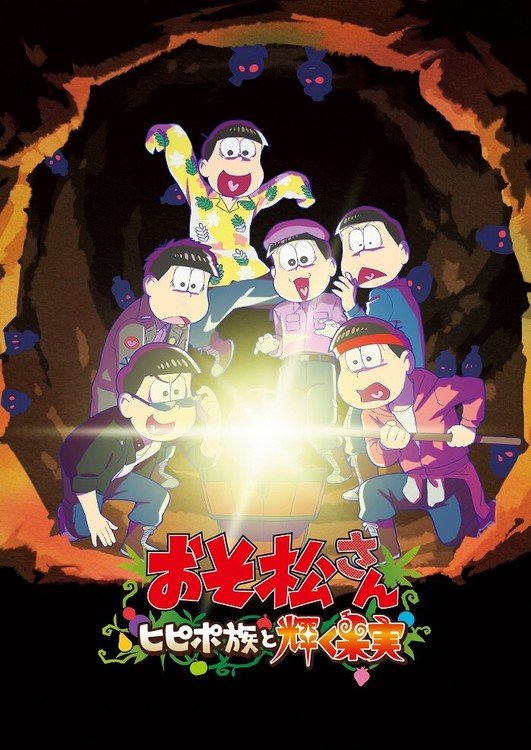 In the franchise's first "epic adventure," the Matsuno sextuplets embark on a grand journey to seek the legendary fruit that will grant any wish if eaten. They make their way to a mysterious island, where they find themselves pursued by the equally mysterious Hipipo tribe.

The staff, most of whom are returning from the television anime (except where noted below), includes:

Starting on July 8, the film will have a limited screening run throughout Japan to commemorate the anime's sixth anniversary. The film's second batch of MoviTicke Cards will go on sale at participating theaters on Friday with a bonus set of medical bandages on a "kira kira" (sparkling) display card featuring the new main visual: 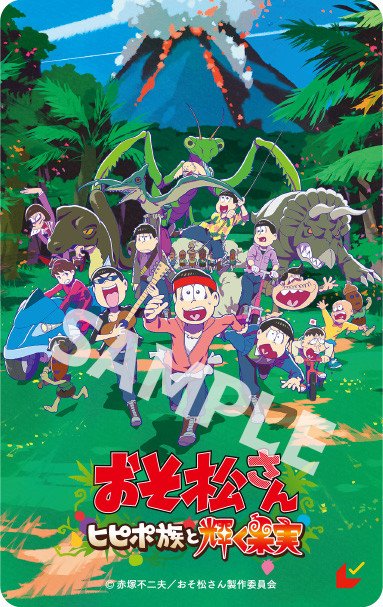 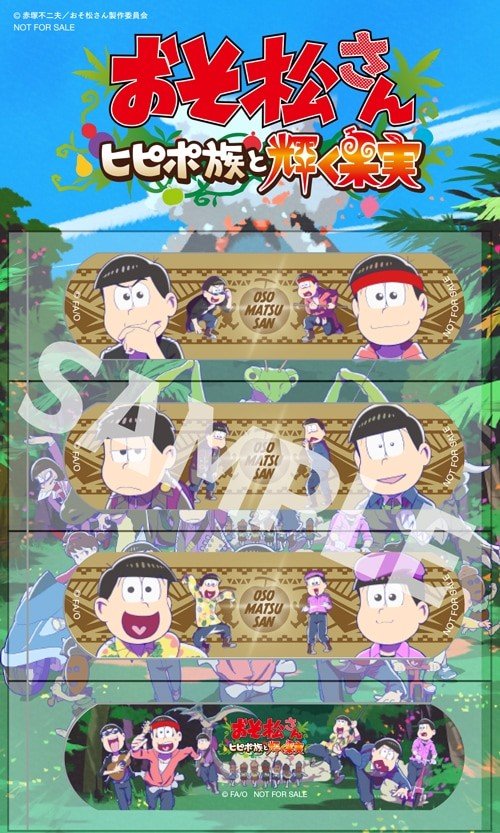 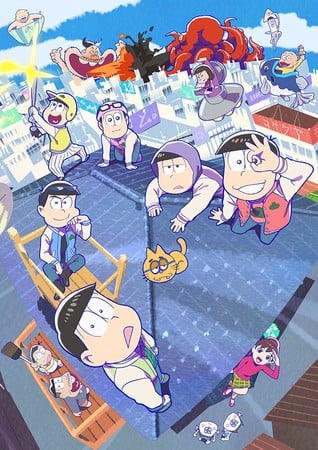 The Mr. Osomatsu television anime is inspired by Fujio Akatsuka's original Osomatsu-kun manga and "high tension comedy" TV anime, which centers on the Matsuno household with six naughty and mischievous sons (who are sextuplets). All of the sextuplets, including the eldest Osomatsu, are all in love with the same girl, Totoko. The original Osomatsu-kun series followed the family when the sons were 10 years old. Mr. Osomatsu re-imagines the original manga and TV anime with the sextuplets as adults.

The third season premiered in October 2020. Crunchyroll streamed the season as it aired in Japan. The anime's second cours (quarter of the year) premiered on January 4, 2021.

Viz Media acquired the digital streaming, electronic sell-through, home video, and merchandise rights for the Mr. Osomatsu anime, including the second season. Viz Media is releasing the anime with an English dub.