Warner Bros. Japan began streaming a new trailer on Thursday for Bubble, the new original anime film by Wit Studio. The trailer introduces the film's story, focusing on the song that only Hibiki and Uta can hear. 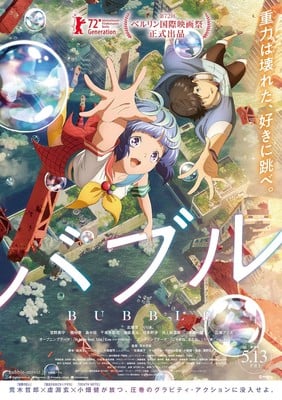 Singer-songwriter Riria. performs the ending theme song "Jaa ne, Mata ne." (See You, Catch You Later.) "Riria." (written with a period.) gained fans when she began posting songs on TikTok and YouTube without revealing her face in the fall of 2019, and she has since garnered over 1.7 million followers across several social media platforms. She is not only singing the ending theme song but also voicing the heroine Uta. This is the first voice-acting role for Rina., who was personally requested by director Tetsuro Araki and producer Genki Kawamura. 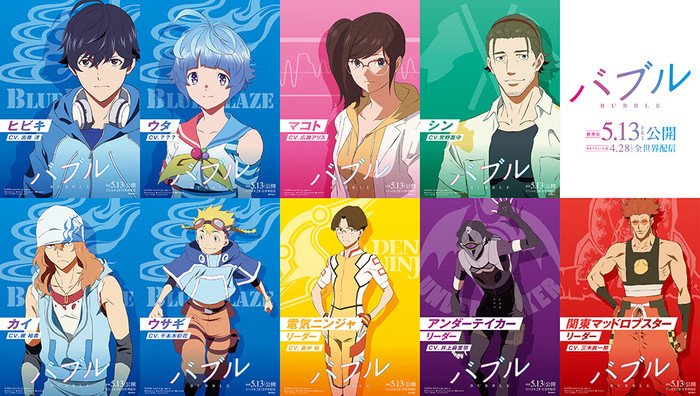 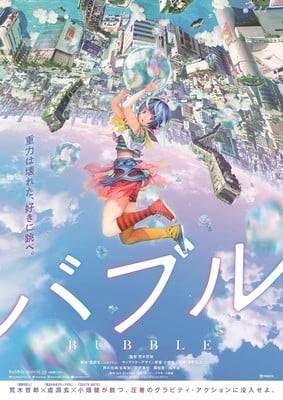 The film will debut worldwide on Netflix on April 28, and will open in Japanese theaters on May 13. The film played as an official selection of the Generation 14plus section at the 72nd Berlin International Film Festival on February 10-20.