Fairouz commented on the new anime:

I cannot live without the JoJo's Bizarre Adventure series, and it is also what inspired me to take on voice-acting as a profession. So when I heard that I was going to be able to participate in the series, I was lost for words and surprised that “Even a Stand would be blown to the moon.” I cried so much as it was literally the moment my dream came true, which I have chased over for 12 years.

I love and admire Jolyne as a character and her beautiful, strong nature gave me strength especially during my student years, so I am grateful for the opportunity to voice Jolyne. 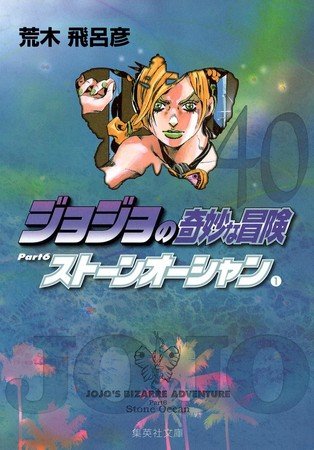 The manga is the sixth part of Araki's JoJo's Bizarre Adventure manga, and it continues the story from the previous entries. The manga takes place in 2011, after Golden Wind, and centers on Jolyne Cujoh, the daughter of Stardust Crusaders protagonist Jotaro Kujo. After Jolyne is framed for murder and sent to prison, she must face off against a former follower of Dio.

The Stone Ocean arc of the JoJo's Bizarre Adventure manga ran from 1999 to 2003, and has 17 volumes, consisting of volumes 64 through 80 of the overall manga.

Crunchyroll has streamed all of the anime as they aired. Viz Media is releasing the anime in North America, and has released up through JoJo's Bizarre Adventure: Golden Wind.

The JoJo's Bizarre Adventure: Diamond Is Unbreakable arc also inspired a live-action film that opened in Japan in August 2017. Viz Media has also licensed the film for home video.