A new official website and Twitter account opened on Tuesday to announce that Mitsuru Kido's Kawaisugi Crisis (Too Cute Crisis) manga is getting a television anime in 2023. Synergy SP will produce the anime. 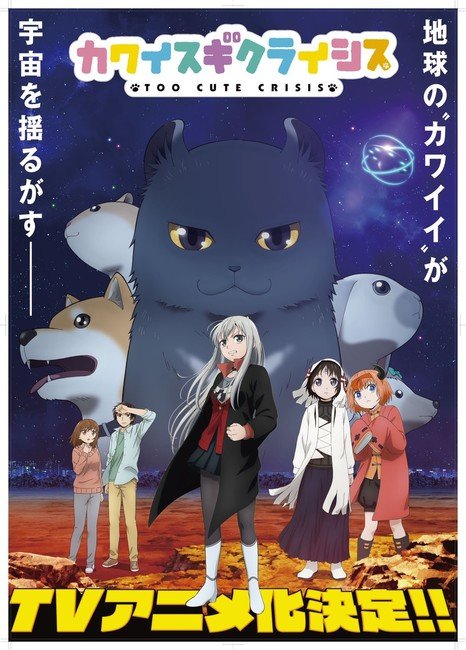 The sci-fi comedy follows Liza Luna, who has been dispatched to Earth by the space empire Azatos. At first, she thought that it would be fine to destroy the Earth, since it has a low level of civilization. However, after stopping at a cafe, she encounters a cat and is shocked by her cuteness.

Kido launched the manga in Shueisha's Jump Square magazine in October 2019. The manga is also on Shonen Jump+. Shueisha published the manga's fifth compiled book volume on April 4, and it will release the sixth volume on October 4.