The official website for the six-part Princess Principal: Crown Handler sequel film series debuted a trailer and a new key visual for the second film on Thursday. Both announce that the film will open in 46 theaters throughout Japan on September 23: 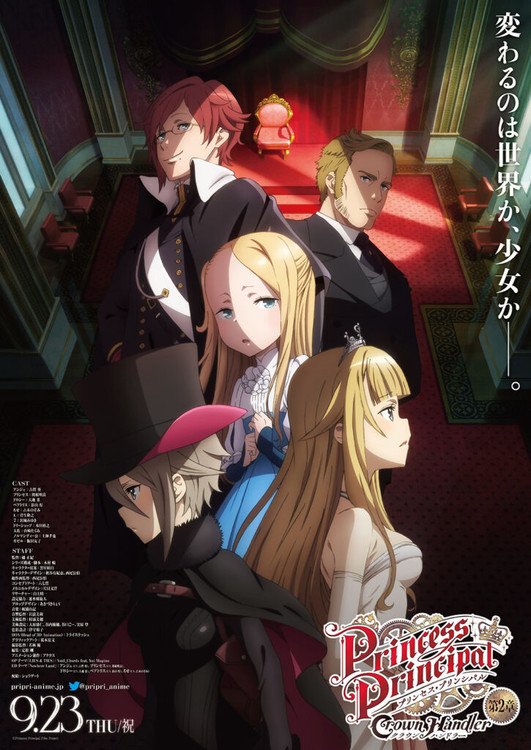 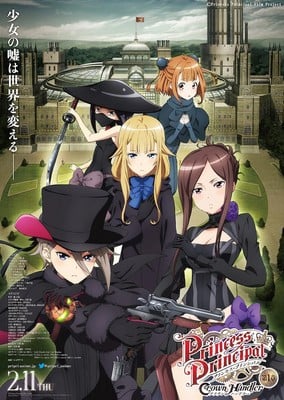 Sentai Filmworks has licensed the entire six-part film series, and describes the story of the first film:

Following the attempted assassination of the Queen, manhunts for spies become a frequent occurrence within the Kingdom. In response, Control — the Commonwealth's covert operations group — begins to suspect the presence of a double agent within the Kingdom's royal family. In order to reveal the truth, Control dispatches spy ring “Team White Pigeon.” But danger lurks around every corner, and when you don't know who you can trust, being a spy has never been more perilous for Ange and the rest of Team White Pigeon.

The first film opened on February 11. The film was originally slated to open in April 2020, but the films' production committee delayed the film's release, citing the government policies to contain the spread of the new coronavirus disease (COVID-19), as well as the health and safety of moviegoers.

The first film's Blu-ray Disc release in Japan will include a new six-minute OVA titled "Busy Easy Money" on September 28. In the story of the OVA, Dorothy and Chise have called the members of Team White Pidgeon to the natural history room, because Dorothy apparently has something she wants to discuss.

Masaki Tachibana (Barakamon, .hack//Quantum) is returning from the previous television series to direct the films at Actas. Noboru Kimura (Gundam Build Divers, Solty Rei) is supervising and writing the scripts, instead of the television anime's Ichiro Okouchi (Code Geass: Lelouch of the Rebellion, Kabaneri of the Iron Fortress).

Kouhaku Kuroboshi (Kino's Journey, Sky Girls) is still credited with the original character designs, and Yukie Akiya (Celestial Method, Code:Breaker) adapted the designs for animation. However, Kimitake Nishio (Moetan, ToHeart2) is also designing characters for the films, and is credited as the sole chief animation director without Akiya. Yuki Kajiura (Puella Magi Madoka Magica, Fate/Zero) is back to compose the music with sound director Yoshikazu Iwanami.