The official YouTube channel of the town of Kamimine's PR account will begin streaming the first episode of the web anime Chinzei Hachirō Tametomo (also known as Minamoto no Tametomo) on Thursday. 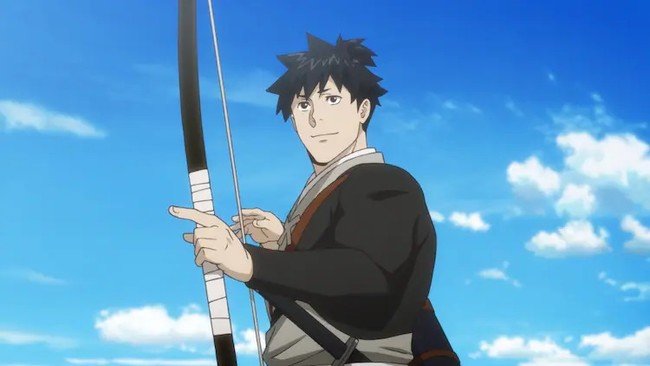 The anime will have 13 episodes. The second episode will premiere in May 2022, and subsequent episodes will launch every month.

Production I.G created an animated music video for the town of Kamimine in the Saga Prefecture last December. The music video, titled "Chinzei Hachirō Tametomo," tells the story of a samurai by the same name (also known as Minamoto no Tametomo) who fought as a military leader near the end of the Heian Period. The music video featured the theme song "Time-to-More" by rock band UNICORN.

The anime was created as part of the "Minamoto no Tametomo Project," which promotes the region of Kamimine. It tells the story of how the samurai moved to Kyushu after being disowned by his father. He finds personal growth in the region of Kaminine, although eventually he returns to Kyoto to rescue his father in the midst of the Hōgen Rebellion of 1156.