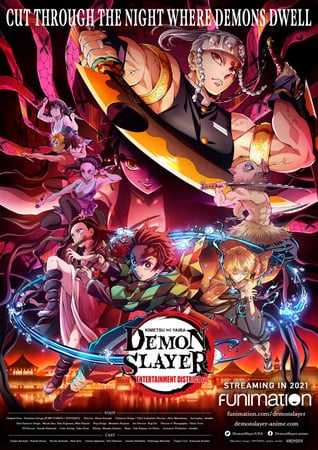 The first television anime premiered in April 2019. Aniplex of America licensed the series and streamed the show on Hulu, Crunchyroll, and Funimation. Adult Swim's Toonami programming block premiered the television anime in October 2019.