The official website for Bandai Namco Arts, Bandai Namco Entertainment, and diomedéa's Futsal Boys!!!!! multimedia project revealed the second key visual for the anime on Wednesday. The website also revealed that the show will premiere on January 9 on Tokyo MX, and then on January 11 on BS11 and MBS. The anime will also stream on Abema. 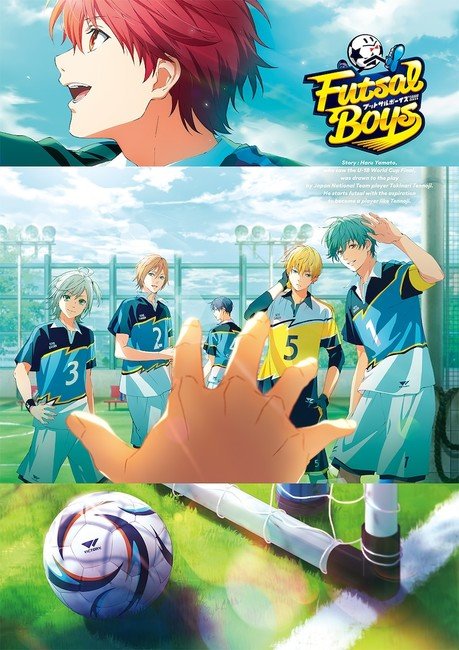 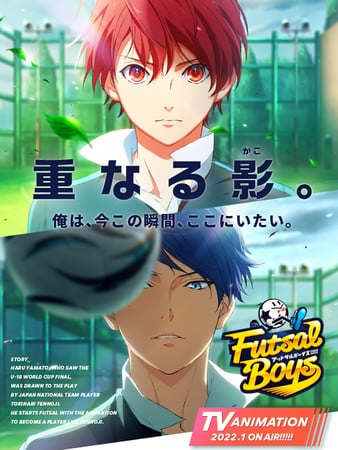 Yukina Hiiro (Hitorijime My Hero, 100 Sleeping Princes and the Kingdom of Dreams: The Animation) is directing the anime at diomedéa, and Shoji Yonemura (script for Fairy Tail, Pokémon, Digimon Fusion) is overseeing the series scripts. R.O.N. (FLCL Alternative, FLCL Progressive) is composing the music. Takao Sakuma will perform the opening theme song "Bravemaker, and STEREO DIVE FOUNDATION will perform the ending theme song.

The project includes an anime, a smartphone game app, and actual futsal matches between the cast members, with the results of the matches affecting the story of the anime and game app. Futsal is a variant of football similar to soccer, but played indoors.