Studio Z is now developing a smartphone game app based on the current Shaman King anime series. Titled Shaman King: Funbari Chronicle, it is slated for release this year on iOS and Android devices, and is stated to be downloadable for free, with the option to make in-app purchases. Pre-registration will start from July this year.

The game is set to feature 3D graphics as well as a “Mangatic mode” where players can experience the manga’s storyline. Players will also form their own teams by utilising characters from the series. It was also revealed that the game will feature new illustrations of characters that cannot be found in the source material, as well as famous scenes from Shaman King. 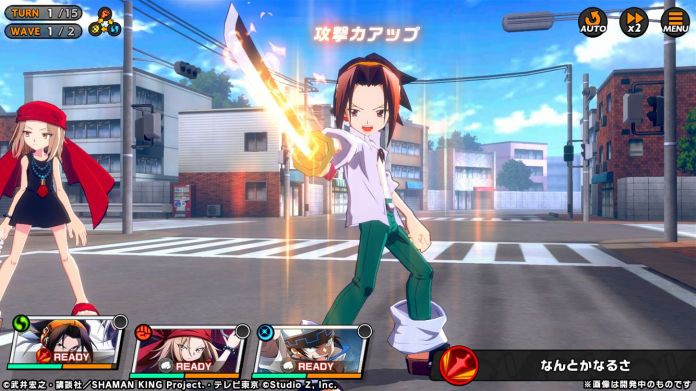 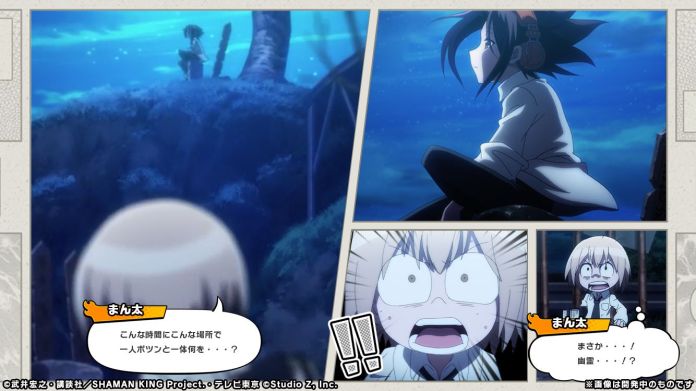 The Shaman King reboot is currently streamed by Netflix in Japan and was adapted from the manga by Hiroyuki Takei. The manga first received an anime adaptation in 2001, where Xebec was in charge of animation production. The reboot is slated to stream worldwide via Netflix sometime this year.

Kodansha Comics announced last year that it will distribute the entire manga series in English on Amazon’s ComiXology. The series is described as:

In the world of Shaman King, shamans possess mysterious powers that allow them to commune with gods, spirits, and even the dead…and Manta Oyamada’s about to learn all about them, because his class just welcomed a new transfer student: Yoh Asakura, a boy from way off in Izumo…and a shaman in training!

The manga debuted in Shueisha’s Weekly Shonen Jump magazine in 1998, ending the series in 2004 before a “true ending” was revealed in 2009 due to a reprint of the series. All 35 volumes are available under the ComiXology Originals line of digital comics since July last year.