It is a place called The Cage.

A girl awakens on a cold stone floor.

She finds herself in an infinitely vast place filled with buildings that touch the very sky.

Guided by a mysterious creature who calls herself Mama, she begins to explore her new surroundings.

To reclaim what she has lost—and atone for her sins—she sets off on a journey through this place of unknown creation.

…A place known as The Cage.

The game is created by “NieR” and“NieR: Automata” producer Yōsuke Saitō with Taro Yoko serving as creative director. CyDesignation’s Akihiko Yoshida is the main character designer. It is developed by “BLADE XLORD” developer Applibot. The game was first launched in Japan on February 18 and surpassed 10 million downloads in four days

The command-based battle system is semi-auto, where characters will deal normal attacks automatically. Activate weapon skills and character skills at the right timing to defeat your enemies. Using weapon skill to add a defensive debuff and then connecting it to another skill with high firepower to aim for large damage. On the other hand, the characters of your party’s center could be moved to any position.

Players can now pre-register the English version via HERE or by following the Official Twitter/ Facebook. The pre-registration rewards are as follows; 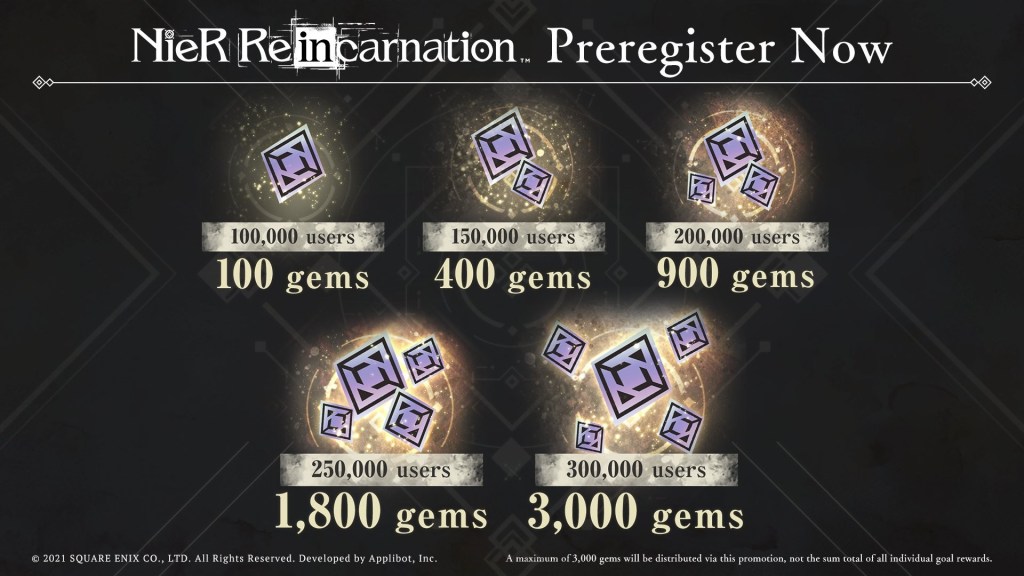