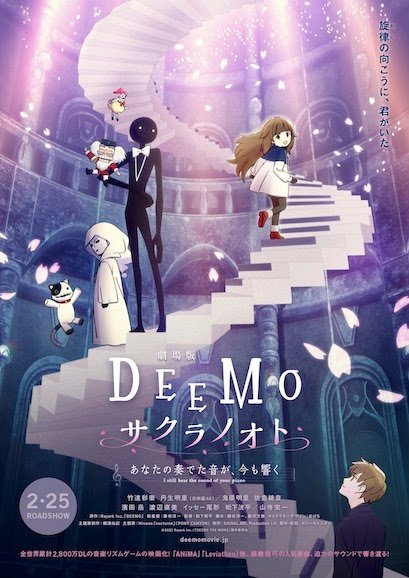 Rayark Games will hold an online concert on February 12 to commemorate the company's 10th anniversary. 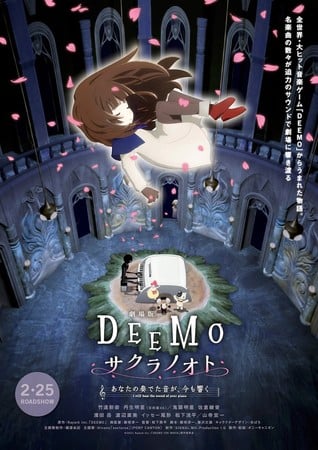 The film will debut in Japan on February 25. 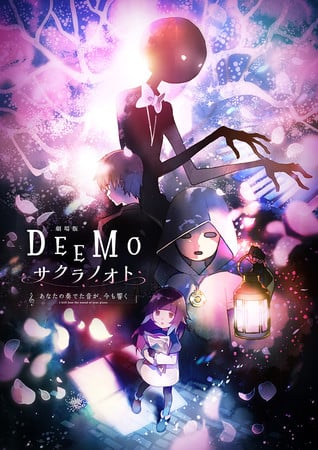 The original 2013 rhythm game, Deemo, debuted as an iOS and Android smartphone game. Rayark Games later released the game on the PlayStation Vita in Japan in 2015 with the title Deemo: Last Recital. PM Studios and Rising Star Games released the game on PS Vita in North America and Europe, respectively, in May 2017. The game received a release on the Nintendo Switch worldwide in September 2017. Deemo -Reborn-, a new version of the game compatible with virtual reality devices, debuted in November 2019. Deemo -Reborn- then received a global release on Steam in September 2020, and shipped for the Switch, as well as iOS and Android devices, in December 2020.

A girl who fell from the skies and lost her past
Deemo who plays the piano all alone in the world of the treehouse
an accidental encounter between the two.
The music flows as the fingers hit the piano keys.
The start of a fairytale journey has begun...
'Before turning to leave, don't forget to say one last goodbye.'

Haruki Niwa launched a new manga titled Deemo -Prelude- based on the series in Ichijinsha's Comic Zero Sum magazine in March 2021. The manga ended on January 28.