Mushoku Tensei: Everything to Remember Before Season 2 Begins

While Mushoku Tensei Season 2 has already begun airing on Funimation, perhaps you haven't gotten around to picking the anime season back up yet or are just waiting for it all to air for an easier binge-watch experience. It's understandable that some viewers may therefore be in need of a quick refresher before jumping back into this one-of-a-kind show. The first season aired during the Winter 2021 anime season and was adapted from the original Mushoku Tensei: Jobless Reincarnation light novel series, written by Rifujin Na Magonote.

This isekai fantasy series follows a 34-year-old otaku who, after getting involved in a traffic accident, is reincarnated as an infant in a fantasy world of magic and monsters. He is given the name Rudeus Greyrat and is completely self-aware of the world around him despite being an infant. The series follows Rudeus's childhood into adolescence as he becomes a prodigious mage. What separates this series from other fantasy isekai anime is the care put into Rudy's emotional development, from an anti-social NEET closed off from the world and the bullies that tormented him for so long in his previous life to an upstanding young man wanting to do better with his second chance.

The first season is divided into essentially three arcs; starting with the Infancy Period, where Rudeus lives in the countryside with his father Paul, his mother Zenith, their maid Lila, his younger sister Norn and his half-sister Aisha. During this time, Rudeus develops his magic and trains under the magician Roxy. By the age of five, he graduates from Roxy's training and achieves the rank of "Water Saint" Magician. He also befriends the half-elf girl Sylphie and overcomes his fear of bullies and going outside with the help of his teacher. At seven, he decides he wants to attend Ronoa Magic Academy together with Sylphie when they're older, so to earn enough money for their tuition, Paul sends Rudeus away to work for his noble uncle Philip. 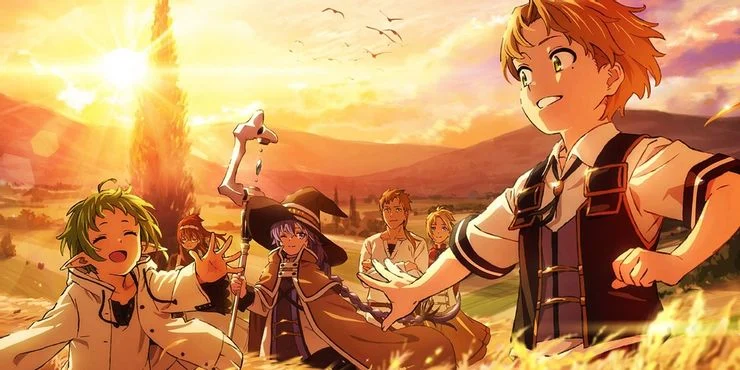 This leads into the second arc, the Home Tutor Chapter, where Rudeus becomes a tutor to Eris Boreas Greyrat, a delinquent noble girl with a fiery temper, fearsome voice and zero tact for magic or studies. While they have a rocky introduction (which begins with a lot of punching), they eventually become close, and Rudeus begins teaching Eris in everything from language and economics to how to cast magic. Conversely, Eris shows the ropes to Rudeus in swordplay -- an area where the young mage has always been a bit lacking -- overseen by a former party member of Paul and bodyguard of the Greyrat family, Ghislaine Dedodlia.

During this time, Rudeus has his 10th birthday, where he receives a rare magic staff from Eris called Aqua Hatia. The following day, a global calamity occurs in the form of the "Teleportation Incident," where a massive beam of light strikes the continent, teleporting citizens in the blast radius to random places across the planet. This causes Rudeus and Eris to be sent to the Magic Continent and begins the third arc of Season 1, the Adventurer Chapter. 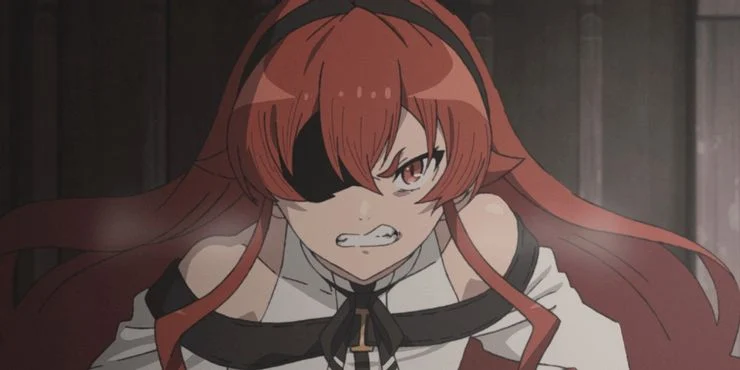 Alone in this foreign land, the pair receive help from a demon named Rujierd, a former tribe leader of the much-loathed Superb Tribe, which is known to have massacred enemies and allies alike in previous wars. Alongside Rujierd, Rudeus and Eris form the adventurer's party Dead End, taking on jobs and missions to fund their travels across the Magic Continent and find their way back home.

At the same time, we learn that Rudues' family has also been separated by the Teleportation Incident. During her travels, Roxy finds a notice from Paul addressed to Rudues, assuring his son that his younger sister Norn is with him and that he is currently searching for Zenith, Lila and Aisha. Paul is also on his way to the Millis Continent, Zenith's homeland, and asks that Rudues send word to him if he should find the rest of his family. The notice also asks any of his former party members who find this to help find his family as well.

That about covers Season 1 of Jobless Reincarnation in a nutshell. Season 2 is slated to be 12 episodes long and picks up where the last season left off, entering the Voyage Chapter. Both seasons are currently available for streaming on Funimation. 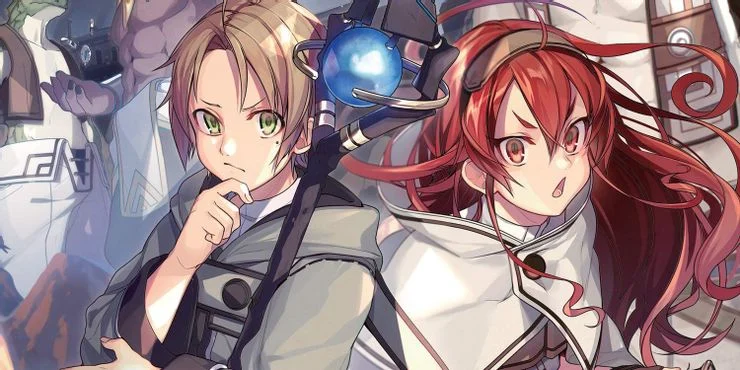