The 11th episode of the television anime of Rifujin na Magonote's Mushoku Tensei: Jobless Reincarnation light novel series ended on Sunday with the confirmation of a "Part 2" or second cours for the anime. The announcement did not reveal a premiere date for the second part. Funimation, who streamed the anime, also confirmed the Part 2 announcement. 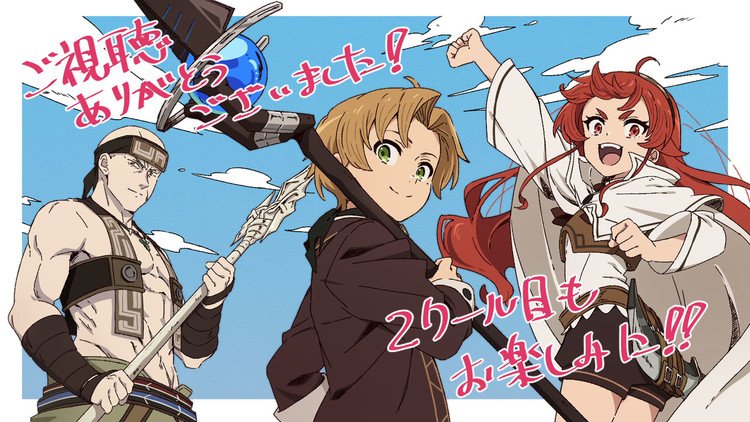 The anime premiered on the Tokyo MX, KBS Kyoto, and BS11 channels on January 10 at 24:00 (effectively, January 11 at midnight). It also aired on Sun TV, and ran on the d Anime Store and Niconico services as it aired on television.

Funimation streamed the series in the United States, Canada, the United Kingdom, Ireland, Mexico, and Brazil. The company describes the anime: 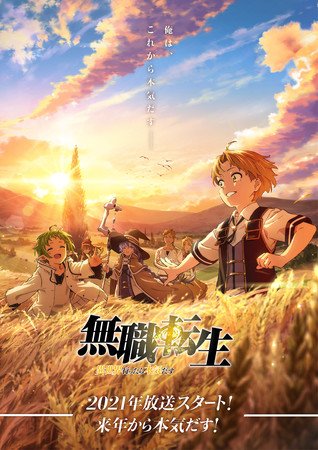 Kadokawa published the first volume of the light novel series with illustrations by Shirotaka in April 2014. Fujikawa's manga adaptation began in Kadokawa's Comic Flapper magazine in October 2014. The novels ranked at #8 on the 2019 Kono Light Novel ga Sugoi! tankōbon list. The novels and manga had a combined print total of 2.2 million copies in Japan as of October 2018.

Developer Aiming and distributor Beaglee are planning to release the Mushoku Tensei ~Game ni Nattemo Honki Dasu~ (Mushoku Tensei: Jobless Reincarnation - I'll Seriously Try Even If It's Made Into a Game) role-playing game as a free-to-play title (with fees for in-game items) on iOS and Android devices this year.