Mogusu’s Koikimo, also known as Koi to Yobu ni wa Kimochi Warui (It’s Disgusting to Call This Love), is the latest rom-com anime for josei fans. Ryo Amakusa is a 27-year-old womanizing salaryman who falls in love with his younger sister’s friend, Ichika Armia after she saves him from falling down the stairs. Throughout the series, Ryo courts Ichika in hopes that one day she'll accept his feelings, but she sees his advances as creepy, constantly calling them “kimochi-warui” in Japanese.

Now, it may seem like the most shocking revelation in Koikimo is that Ichika and Ryo have a ten-year age gap (which the series maturely addresses in the latter episodes). However, there are a few other surprising moments in Koikimo that grabbed viewers’ attention as the story adds to the development of Ryo and Ichika’s relationship.

Arie Matsushima is a female colleague of Ryo's and has a crush on him. She would always invite him out for drinks but rather than it being a date, most of the time it's Ryo talking about his crush on Ichika. Surprisingly, Ichika and Arie are similar -- both are obsessed with the same anime series. Although the two do not know each other, they magically meet at a bookstore and fangirl over the same character.

When it comes to shojo and josei romance stories, usually the protagonists are aware of all potential love rivals. In Koikimo, however, Arie and Ichika aren’t aware they're interested in the same guy. In fact, their encounter was just a sweet bonding moment amongst strangers, implying that unnecessary drama isn’t needed to spark someone’s feelings. 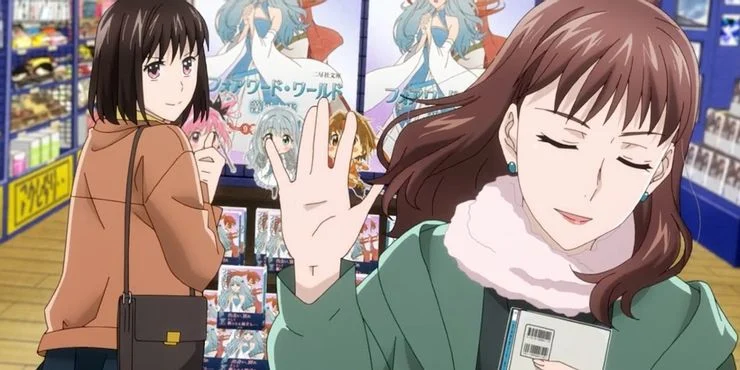 Ryo’s “Stan” Side For Ichika

Ryo isn’t a yandere, but he is definitely a “stan” when it comes to Ichika. After formally meeting Ichika, Ryo asked his sister, Rio, everything there is to know about her. In addition, when Kai Tamaru, Ryo, and Ichika are at the front of a convenience store, Ryo grows territorial and shows signs of jealousy when Ichika kindly talks to Tamaru.

Even though he's smiling and acting charming on the surface, Ryo has a strong dark aura when it comes to any man showing signs of interest in Ichika. His possessive side toward her is definitely done for comedic relief, yet it's also considered one of his “charming” qualities because it indicates that Ryo has a sincere interest in Ichika. 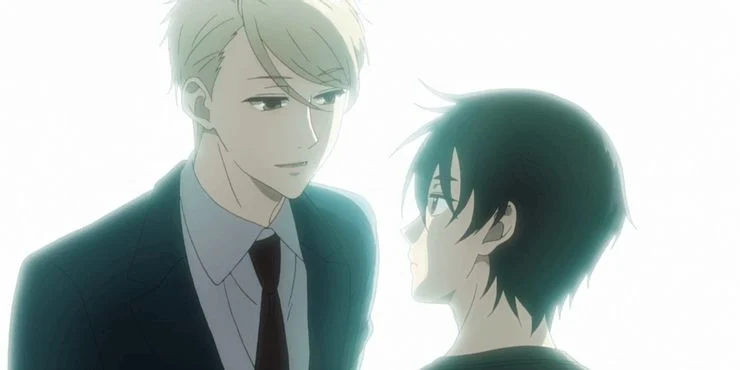 In Koikimo Episode 8, “The Person I Love,” Ichika gives Tamaru giri chocolate, implying her intention to acknowledge him as a good friend. However, Tamaru refuses the giri chocolate because he desires ninjo chocolate -- which hints that the giver has special feelings beyond friendship -- from Ichika. Tamaru confesses he likes her and hopes she might consider going out with him. This leaves Ichika feeling flustered and reevaluating her feelings toward him.

The shock value in this scene is that Tamaru, a quiet and indifferent guy, is showing sincere emotions to Ichika. It’s not often you see a secondary character making a bold confession to the main lead -- especially during Valentine’s Day when it is usually women confessing their feelings to guys in Japan. Ryo Amakusa’s Relationship With His Father

We rarely see Ryo and Rio’s father until Koikimo's last few episodes but he is constantly mentioned by them both. Rio explains to Ichika that Ryo and their father have an estranged relationship. In Episode 2 “He Smelled Like Cologne,” Rio tells Ichika that she would always witness her father and Ryo arguing because the parent was highly controlling, which resulted in Ryo moving out. Yet, their relationship's strain is further revealed when his father discovers that Ryo is “messing around” with Rio’s friend.

Koikimo doesn’t dive deep into this relationship, but we are provided glimpses as to why Ryo acts the way he does. Behind his doting and optimistic front, he has some serious daddy issues. In the beginning, he often has one-night stands with women because he doesn’t want to be controlled or emotionally attached to people -- but once he meets Ichika, he starts thinking about other people other than himself. 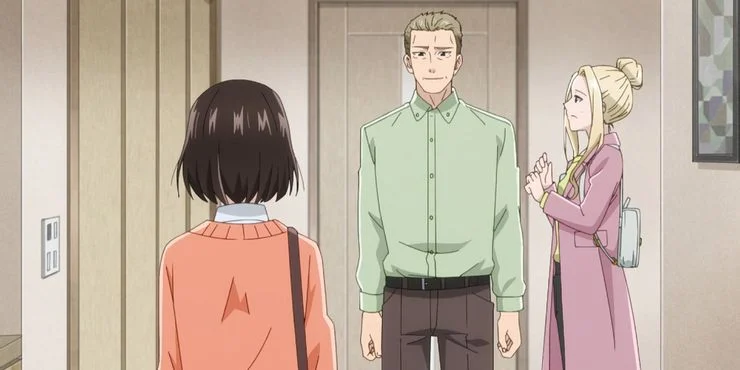 Ichika constantly rejects Ryo’s feelings until Episode 11, “High Schooler,” where they and their friends have a picnic under the sakura trees. When Rio and Masuda leave, Ichika and Ryo awkwardly stare at each other, and Ichika almost confesses her feelings to Ryo. Unfortunately, their friends return before Ichika can go any further, but Ryo realizes the situation they were in soon after. Ichika’s near-confession leaves Koikimo's audience wanting more.

Ryo is filled with mixed emotions, uncertain whether to accept Ichika’s sincere feelings and the realization that it’s actually happening, and the two can become a couple. Furthermore, the near-confession scene is staged under Japan's beloved sakura tree, enhancing its romantic nuance. 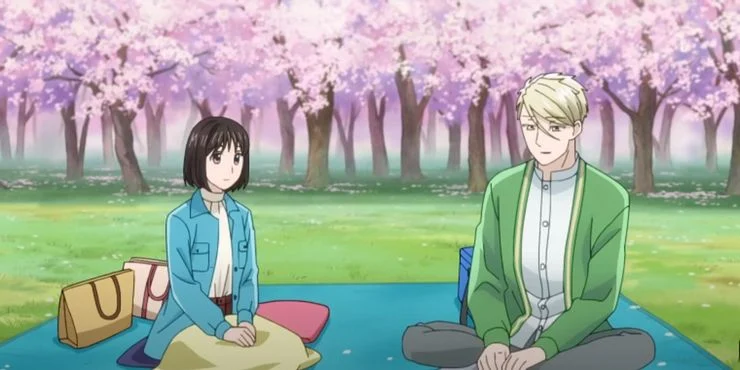