Final Fantasy IX Is Getting an Animated Series

The show, revealed by Kidscreen, is being developed as a collaboration between the Paris-based Cyber Group Studios and Japanese video game publisher Square Enix. The project, which will adapt Square Enix's classic Playstation 1 RPG into an animated series aimed at kids ages 8-13, is reportedly still in the pre-production phase and is being pitched to broadcasters, with Cyber Group Studios hoping to begin full production before the end of 2021.

Final Fantasy IX tells the story of Zidane Tribal, a thief who gets hired to kidnap the princess of a kingdom only to discover that she wants to be smuggled out of her country anyway. They are joined in their escape by Steiner, an overprotective knight, and Vivi, a timid but powerful magician with the stature of a small child. What begins as a simple kidnapping eventually turns into a grand quest to save the world, as the crew encounters many more colorful characters and monsters during their journey.

The game was originally released for the first Playstation in 2000. While the preceding two Final Fantasy games took the series in a more serious, sci-fi direction, Final Fantasy IX was a deliberate throwback to the high-fantasy setting and lighter tone of the earlier games in the franchise. The game was directed by Final Fantasy VI's Hiroyuki Ito, and was the last game in the series to have a soundtrack primarily composed by Nobuo Uematsu. The game received widespread critical acclaim upon its release, and is still regarded by many of the series' fans as one of the highlights of the franchise. An upscaled HD remastering of the original game was released for the Playstation 4 in 2017, and was again re-released for the Xbox One and Nintendo Switch in 2019. 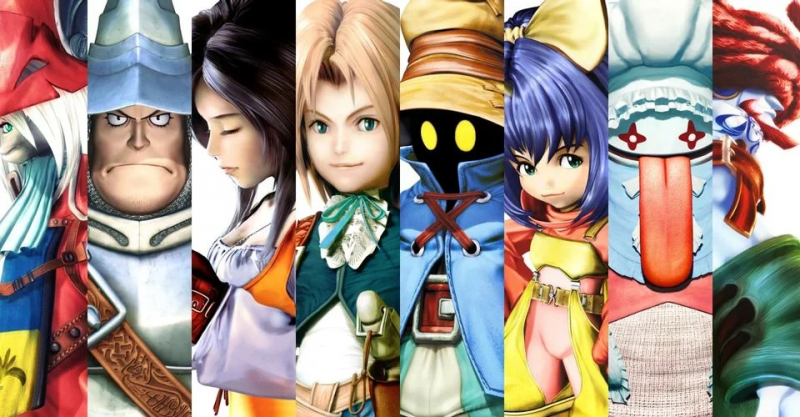