Funimation announced on Tuesday that it has begun streaming an English dub for the television anime of Hirotsugu Ryusen's She Professed Herself Pupil of the Wise Man (Kenja no Deshi o Nanoru Kenja) light novel series. English-dubbed episodes will premiere on the service at the same time that the English-subtitled versions launch.

Tia Ballard is directing the English dub, and Matt Shipman is writing the script. Travis George is the engineer, and Gino Palencia is the mixer. 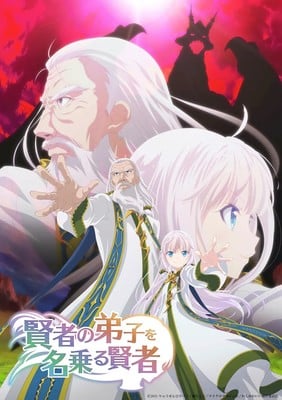 The anime premiered on Tokyo MX, MBS, and BS NTV on January 11. Funimation is exclusively streaming the series and already streamed an early preview of the first episode on Friday.