Crunchyroll announced on Wednesday that it will screen The Quintessential Quintuplets Movie (Eiga Gotōbun no Hanayome) sequel anime film in Japanese with English subtitles and with an English dub in theaters in the U.S. and Canada on December 2. The company streamed an English-subtitled trailer:

The company will also screen the film in the following countries: 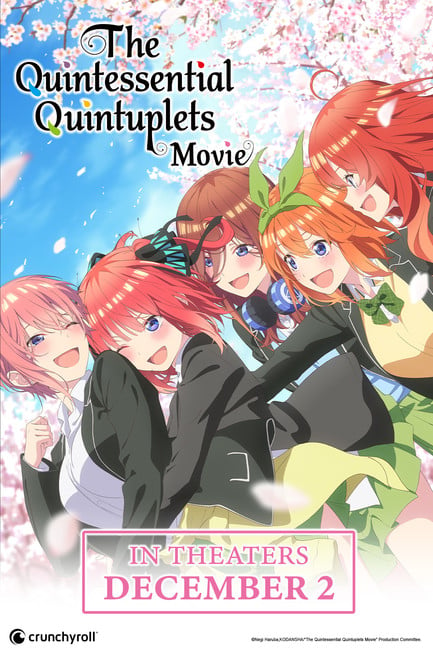 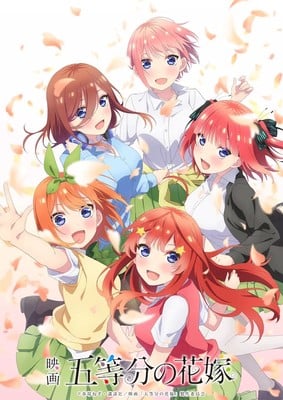 The anime's first season premiered in January 2019 and aired for 12 episodes. The anime's second season aired from January 2021 to March 2021.

Kodansha Comics released Negi Haruba's original manga digitally and in print in North America, and it describes the story: