Crunchyroll exclusively provided ANN on Tuesday with an English dub clip for the television anime of Tatsuki Fujimoto's Chainsaw Man manga. The clip shows the moment Denji meets Pochita, and it features Ciarán Strange (Sketchy, the Fennec Fox in Sk8 the Infinity) as the English voice of Young Denji. 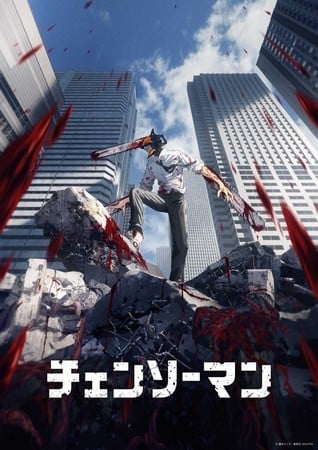 Crunchyroll will begin streaming the anime's English dub on October 25 at 12:30 p.m. PDT (3:30 p.m. EDT), and will release a new episode every Tuesday at the same time.

The anime premiered on TV Tokyo and five other affiliated channels, as well as on Amazon Prime Video on October 11. Crunchyroll is streaming the anime in over 200 countries and territories around the world. Crunchyroll screened the U.S. premiere at New York Comic Con on October 7. The company debuted the English dub at the event ahead of the subtitled release.

Kenshi Yonezu is performing the opening theme song "KICK BACK." The anime will have 12 ending theme songs, one for each episode.