The Quintessential Quintuplets – the name says it all. This is the story of a young high school boy named Futaro Uesugi. Futaro has had a rough life, his mother died too soon, he has no friends and above all his father is in a huge amount of debt. However, it seems that luck finally might be on his side. When Futaro is hired as a highly paid personal tutor to the rich quintuplets from the Nakano family, it seemed that things won’t be as tough. However, Futaro soon finds out that things might not be as easy as he had expected.

Much to his dismay none of the quintuplets show any interest in studying. Moreover, each of the girls with their difficult personalities makes it very hard for him to get them to listen.

But as the show progresses on we see Futaro developing a relationship with each of the girls, slowly warming up to him. The show also highlights that in the future Futaro will marry one of the girls but the identity of the bride is kept unknown till the end

This slice of life, romantic comedy will fill your gloomy days with summer. This is a show you cannot miss! If you’re looking to know more about the Quintessential Quintuplets then look no further! 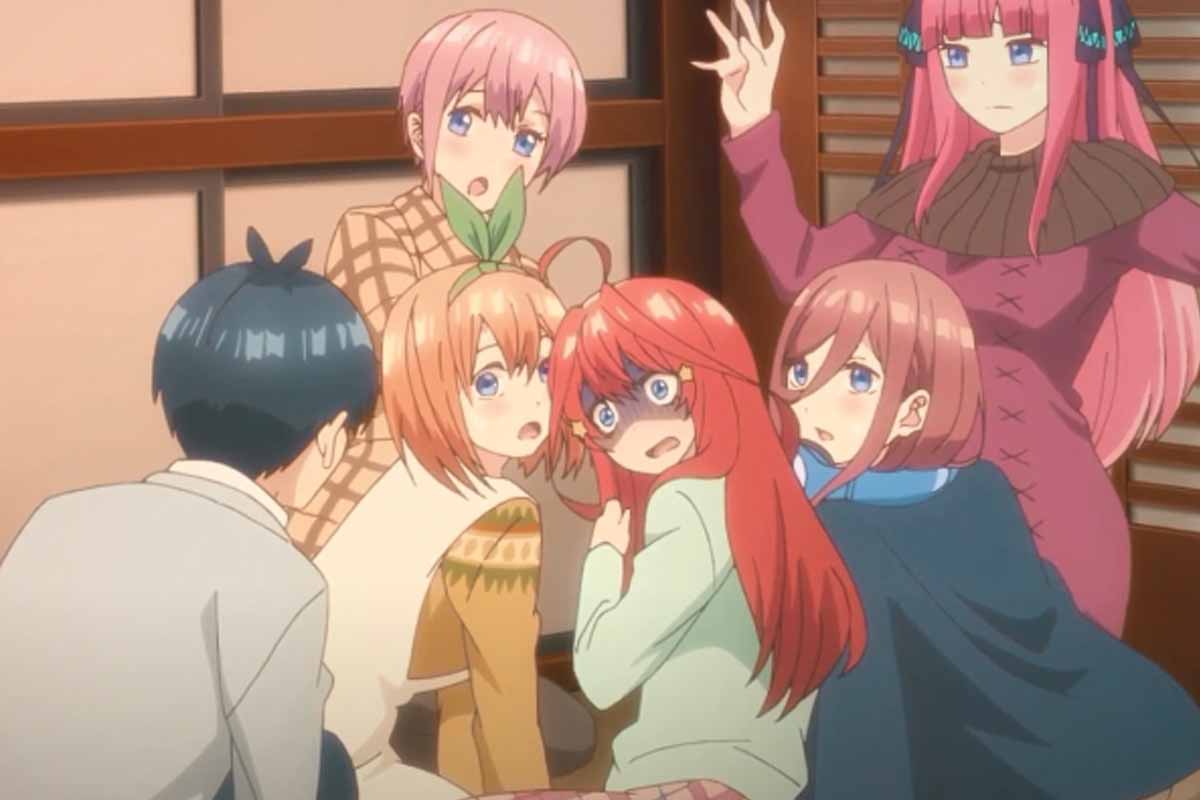 Season 2 of the show began airing in January 2021 and ended in March 2021, The producers of the show so far have revealed that a sequel to season 2 will come out but in the form of a movie. However, so far there still haven’t been a lot of updates regarding a season 3. The main reason for this can be that the producers are too busy organizing the movie. However, if we were to expect a season 3 which is highly possible then the most probable date of release can be in the winter of 2022 or in early 2023.

However, these are not facts but mere speculations. We should all for the time being keep our eyes fixed on the official release. Now a lot of fans have said that season 3 will be a movie, however, it still hasn’t been confirmed.

Fans Might also be interested in – Demon Slayer Mugen Train Puts Up a Record-Breaking Spree in the US!