86-Eighty-Six: Everything to Remember Before Season 2

The popular 86-Eighty-Six anime revolves around the war between the Republic of San Magnolia and the Giadian Empire.  After declaring war against them, the Giadian Empire used an advanced robotic army known as the Legion, mechas created to continuously threaten and attack the Republic. In order to counter these death machines, the Republic created its own "autonomous machines" that are capable of fighting the Legion.

In the eyes and minds of the general public, this war is being fought by machines -- but the reality is much more grim. At the start of the war, the Republic was hit hard and unable to fully defend against the Legion. In an effort to save its civilians, the government ordered all citizens to retreat to 85 administrative sectors around the capital. 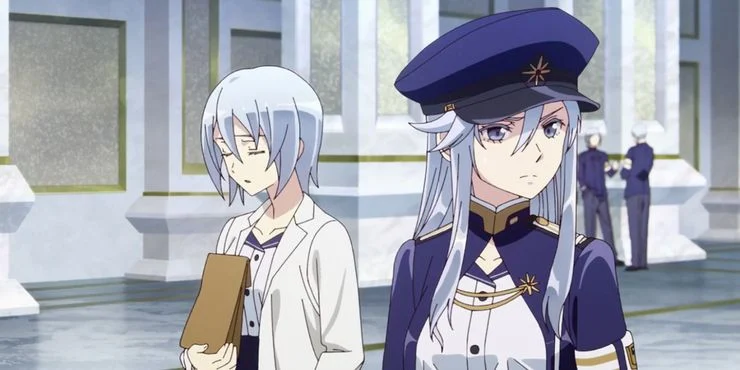 The racist Alba government (the Alba being the dominant race of the Republic) decided to take enact the Special Wartime Peace Preservation Act, designating all Colorata (non-white citizens) to be enemies to the Alba and the Republic. This stripped the Colorata of all their rights and subjugated them without restriction. Due to racism and prejudice against the Colorata, there was little to no resistance and, if anything, the Alba were happy about this.

Made to live outside the protection of a wall they were forced to build, an area known as the 86th sector (which resulted in their nickname "the Eighty-Six"), the Colorata have been forcibly conscripted to fight against the Legion hordes. Unlike the story told to the public -- how the Republic manufactured its own drones that are even more advanced than the Legion -- the reality is that the Juggernauts aren't highly advanced drones. They are strong yet flimsy exoskeletons piloted by the Colorata.

Led by Vladilena "Lena" Milize, the Spearhead Squadron and its leader Shinei "Undertaker" Nouzen are the central focus of 86-Eighty-Six. Being a rather naive yet well-meaning Alba, Lena believes in learning about her squad as well as trying to help them succeed. Being the only Handler or Alba to openly treat them as equals, she faces an enormous amount of resistance. 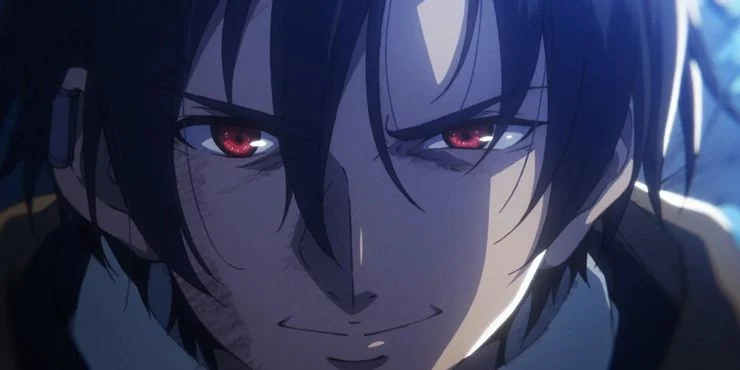 While communicating with her team, Lena learns that Shin has a special gift. He is connected to voices of the dead, which allows him to detect the Legion without the aid of technology. Through this ability, Lena realizes the Legion drones' processors are based off of assimilated corpses they've taken from the battlefield. The Legion were supposed to deactivate after six years, so they used the human corpses to act as a replacement, a fact long unknown to the Republic. This ability also allowed Shin to learn of new Legion models and "see" how their army is much larger than the Alba believe it to be.

By doing more research, Lena uncovers dark truths about the government and Shin's past. The Para-RAID tech that she uses to communicate with the team was derived from experiments performed on Shin and his older brother before the war began -- and it was done by an Alba scientist who also happened to be her best friend's father.

Believing the war to be over in six years due to the deterioration of the Legion drones processors, the Alba government were hoping to wipe out the Eighty-Six in same time frame. Unfortunately, as the government has no respect for Lena or the words of the Colorata, the Republic refuses to heed their warnings about the Legion army not dying out on their own.

To make matters worse, Lena discovers the Colorata have been lied to by the Republic. While being told that serving six years in the army would grant them and their families citizenship and a safe return to the 85 sectors, the truth was that they were never going to get their reward. The Republic would purposely send them on suicide missions meant to kill the Colorata before the six years were up.

When it is time for Shin's group to go on their "final mission", Lena does all she can to help but unfortunately, she's barely able to do anything. The Spearhead Squadron, by this point only having five living members left, manage to survive for weeks in the uncharted lands, fighting off all Legion in their way.

It isn't until Shin faces his brother, now turned into a Legion drone, that things go awry. Wanting revenge for almost killing him when they were younger, Shin is determined to destroy his brother. In their final battle, which the rest of the Spearhead Squadron chooses not to get involved in, Shin kills his brother and speaks to his "voice," helping him to find closure and forgive his older sibling.

Exhausted and injured, the squad finally falls on the battlefield with their fate ultimately left unclear. Season 1 of 86-Eighty-Six ends with a much more hardened Lena greeting her new team of Eighty Six and sending them into battle.