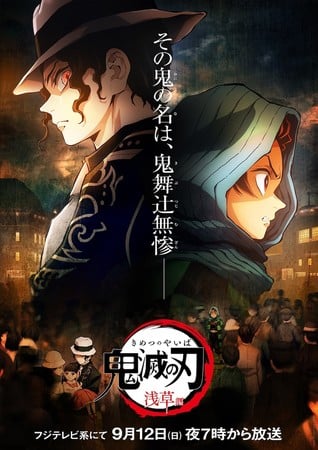 Funimation announced on Wednesday that it will begin streaming two more Demon Slayer: Kimetsu no Yaiba television anime specials on Thursday. The two specials are recompilations of the first season's Asakusa and Tsuzumi Mansion arcs with new footage. In addition, the company is streaming the first three recompilations for the Sibling's Bond, Mt. Natagumo, and the Hashira Meeting arcs with updated additional footage.

The five specials aired on five separate nights on Fuji TV in September, with the Asakusa Arc and Tsuzumi Mansion Arc as the newest specials.

Three of the recompilation specials premiered with new footage in October and December 2020 in Japan. The Sibling's Bond special opened in Japanese theaters in a limited screening run in March 2019, one month before the television anime's premiere. Sibling's Bond also aired on Fuji TV in October 2020, with the Mt. Natagumo Arc special airing later that month. The Hashira Meeting Arc special aired in Japan in December 2020. 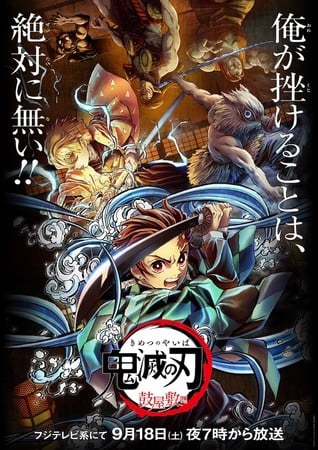 Funimation streamed the specials in Japanese with English subtitles and with an English dub.