Twin Engine revealed on Monday that the second season of the television anime of Makoto Yukimura's Vinland Saga manga will premiere on January 9 on Tokyo MX, BS11, and Gifu Broadcasting. The anime will also air on AT-X. 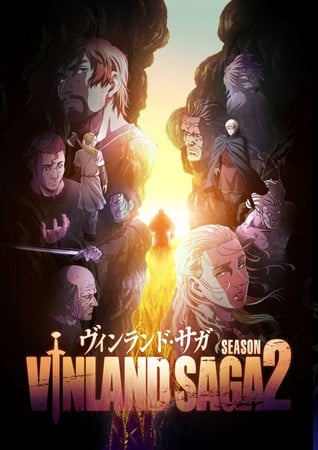 The anime's first season premiered in July 2019. Amazon Prime Video streamed the anime both in Japan and overseas. Sentai Filmworks licensed the anime for home video release. HIDIVE and Netflix began streaming the series in July.

Yukimura launched the series in Kodansha's Weekly Shōnen Magazine in 2005, but Kodansha moved the series to Afternoon later that year. Yukimura started drawing the fourth and final arc of the manga in November 2019. The series has over 7 million copies in circulation.