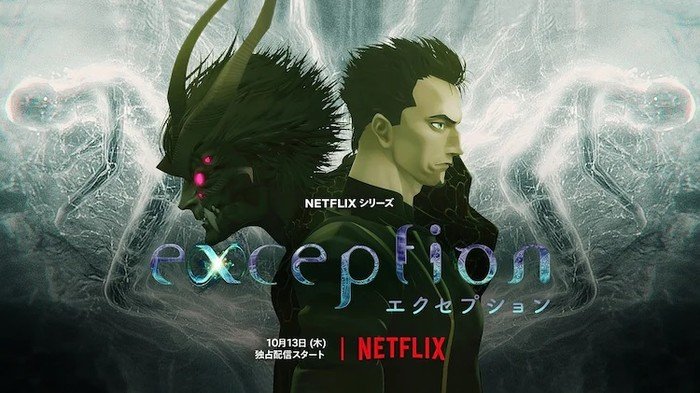 In the far future, humanity has been driven from Earth and forced to move its population to another galaxy. Members of a scouting team are sent to search for a planet suitable for terraforming. The crew is created through a biological 3D printer, but a system malfunction causes one of the crew members, Lewis, to emerge in a deformed state. As Lewis turns on his fellow crew members Nina, Mack, Patty and Oscar, a countdown to the end of the mission begins in the frightening darkness of the ship.

Prolific film score composer and musician Ryuichi Sakamoto (The Last Emperor, The Wings of Honneamise, Appleseed) is composing the score for the anime. As previously announced, the series is based on a new story by novelist and film director Hirotaka Adachi (also known as "Otsuichi"), and it will feature character designs by Final Fantasy's Yoshitaka Amano. Adachi is also writing the script. Yūzō Satō is directing the series and Bakken Record and 5 Inc. are producing the anime.

Netflix had announced in February 2020 that it was partnering with several creators including Otsuichi (Stare film, Goth, Calling You, Zoo) to expand its anime lineup.